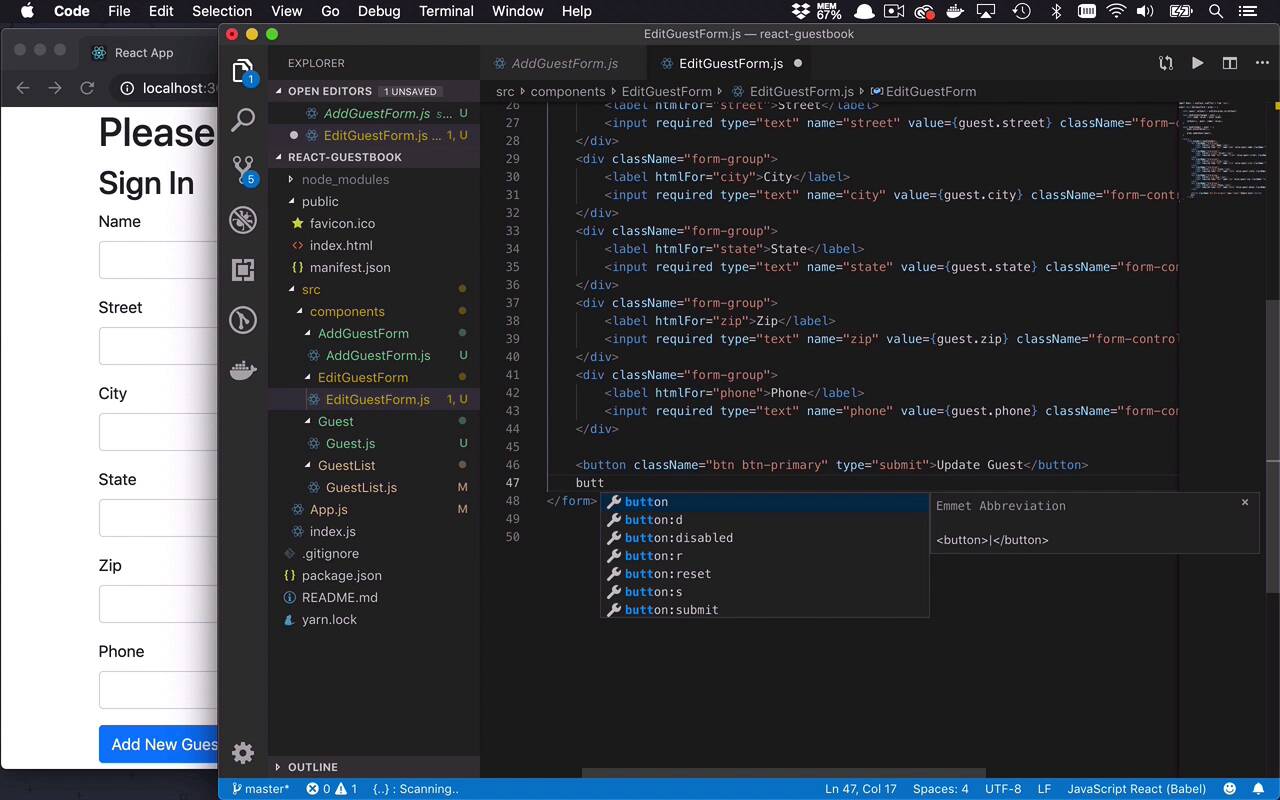 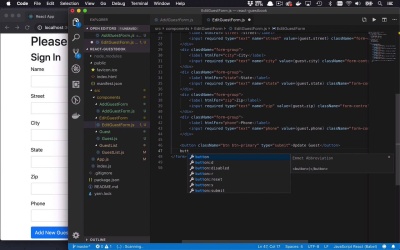 4.5 Create a Form to Edit Guests

In apps like this, you will find many situations where you want to change state and display different components at different times. In this app, depending on what state we are in, we are going to display one of two forms. We already have the AddGuestForm, so now it is time to create its cousin, the EditGuestForm.

4.5 Create a Form to Edit Guests