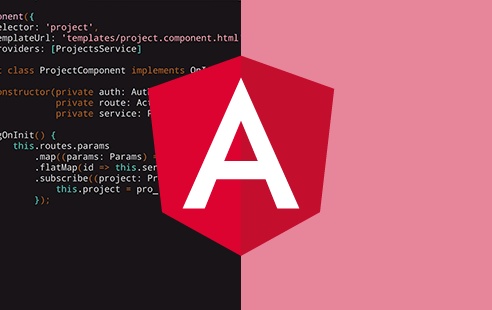 Welcome to Modern Web Apps With Angular. In this course, we’ll be using Angular and TypeScript to build a simple project management application.

Angular was one of the best web development frameworks available. It made it really simple to create a whole bunch of little puzzle pieces that fit together to build your application in a very modular way. And it made a lot of interesting concepts like dependency injection and other things first tier features. And I've been using the past tense here because what we're gonna start talking about in this course is Angular 2, which is a completely different framework from Angular 1. Hi, I'm Andrew Burgess. And I think you'll find that Angular 2, while being an entirely different framework from Angular 1, still holds on to a lot of those core ideas of modularity, dependency injection and a lot of other great things. However, Angular 2 takes things a step further. It was made to be completely cross-platform. It's made with performance and speed and other things in mind. And I think you'll find that as we work through this course and build a simple project management application in Angular 2, that there's not much more you can ask for in a fully featured web development framework. We're also going to be using TypeScript in this series to take advantage of not only types but some other features such as interfaces and decorators and lots of other great features that aren't really there for JavaScript just yet. Well, there's a lot to learn, so when you're ready, let's get started.