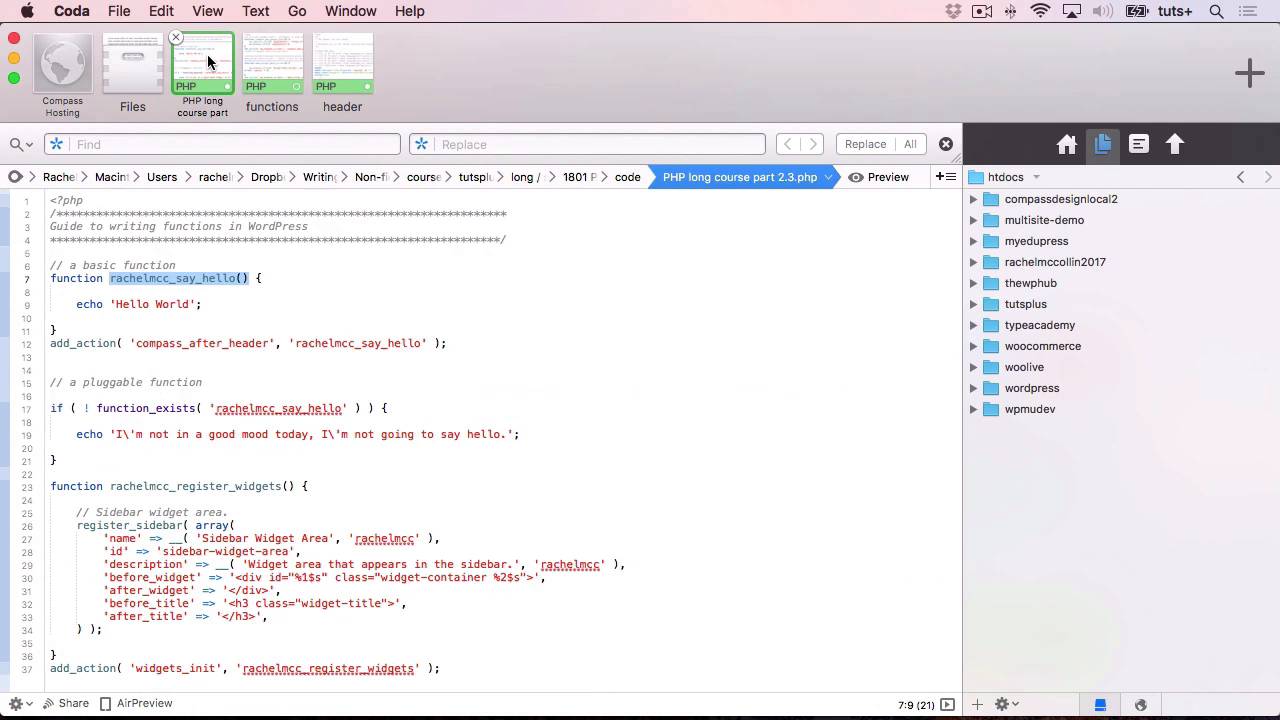 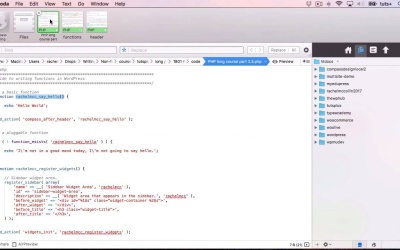 In this lesson, I'll show you how to use action and filter hooks—including your own custom PHP hooks and built-in hooks. You'll also see how to control your code when writing PHP for WordPress by using pluggable functions and function priority.