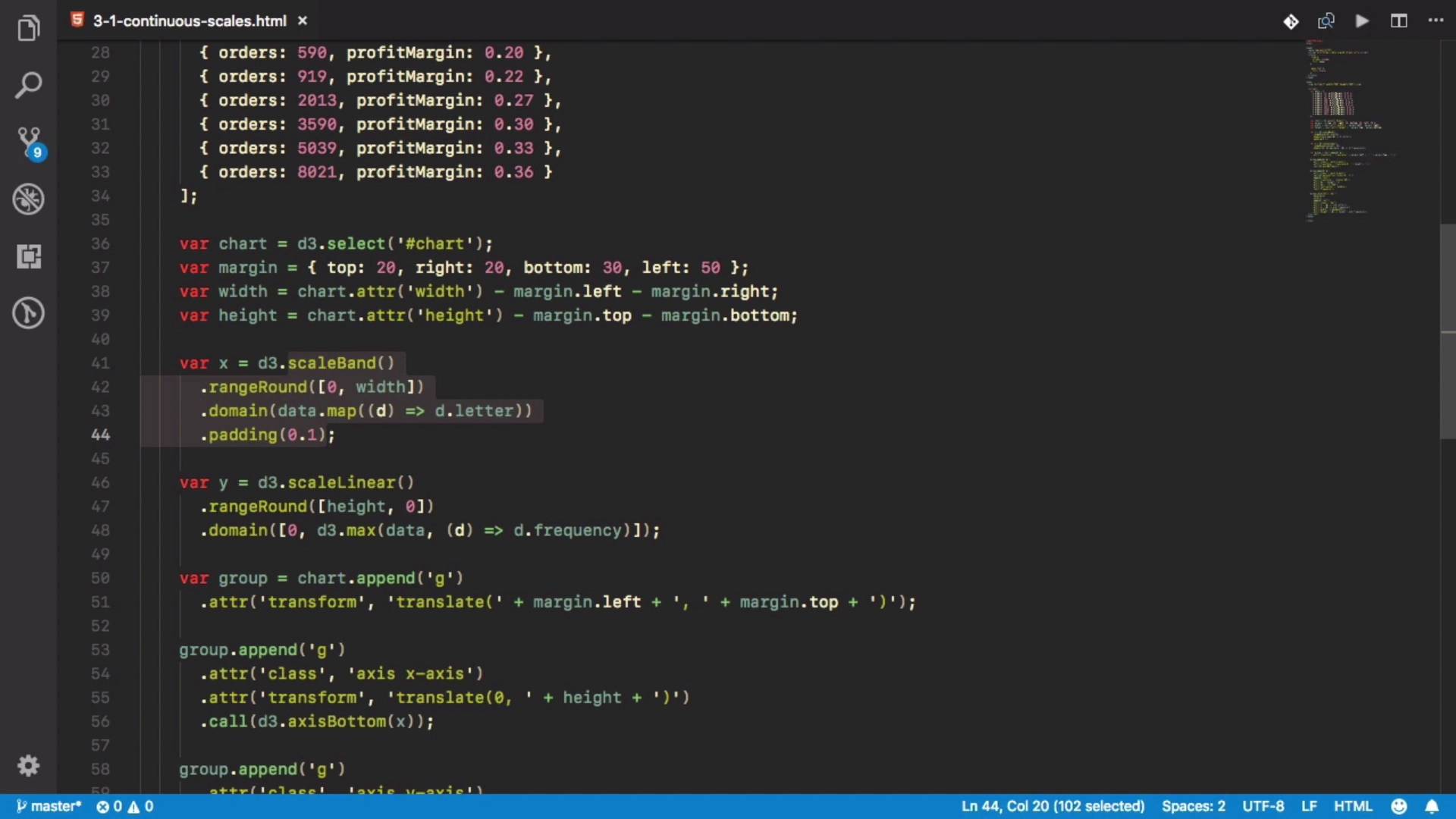 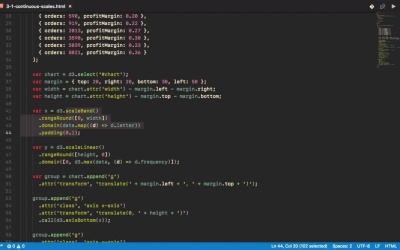 There are a lot of charts that use continuous scales to show data that can have any value in a range. In this lesson, I’m going to show you one of them and explain scales in more detail. You’ll also get an introduction to D3’s interpolate module.