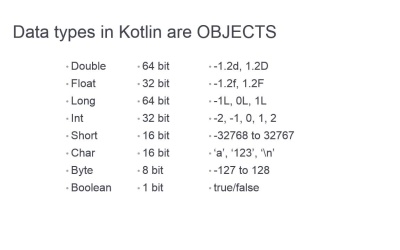 In this lesson, you'll learn the various data types in Kotlin. You'll see how to define mutable variables and immutable constants, using the var and val keywords.