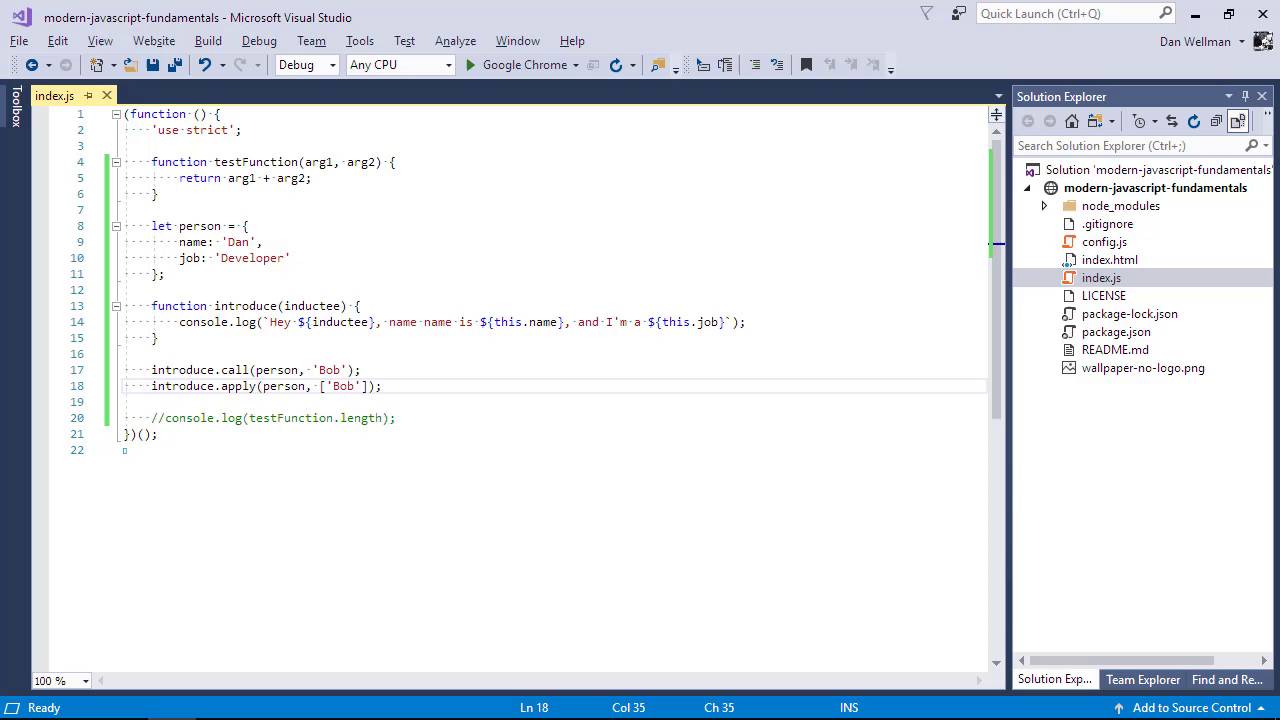 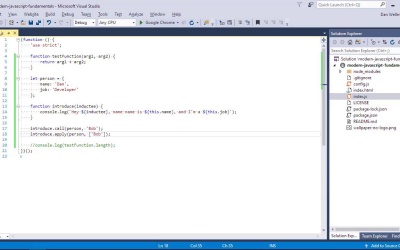 Functions are also objects, and as such they have their own properties and methods that we can make use of. Let’s take a look at some of the more common function methods.