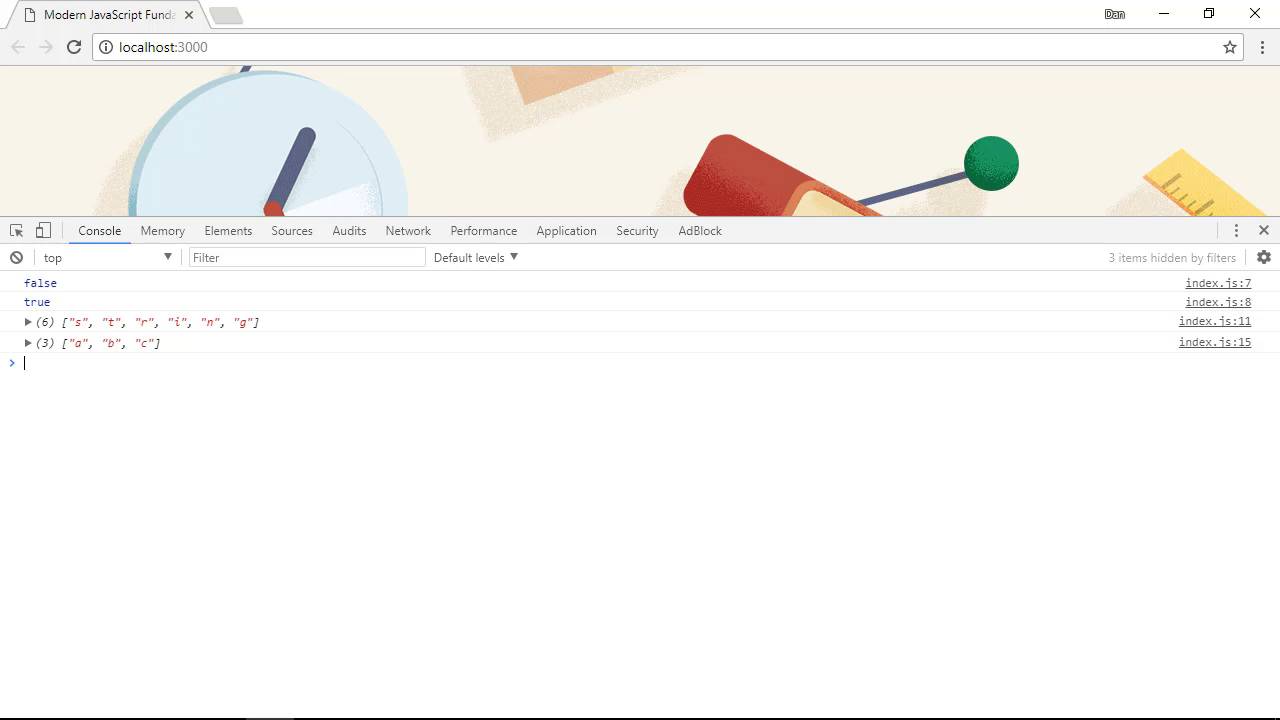 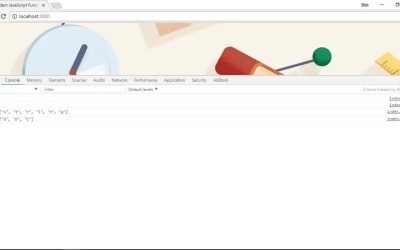 Like the Object class, the Array constructor has a couple of useful methods that we can make use of. In this lesson we’ll take a look at these methods in detail.

Hi folks, in this lesson, we're going to look at the array constructor. We've already looked at arrays, and we've looked at other things like the object constructor. So in this lesson, I just wanna take a quick look at the array constructor. Because like the object constructor, it does have a couple of very useful methods that we might want to make use of. I mentioned earlier, that is quite hard to know whether we're working with an array or an object, because the type of operator returns object for both arrays and objects. I did say that we'll look at easier way to tell whether we're working with an array. We'll be coming back to look at this again later in the course, but one of the methods the array constructor has, is the isArray method. Which will tell us whether the objects we're working with is an array. So first of all, let's just add an object and an array. So we can now use the isArray method to test each of these things. And let's just check the browser's output. And we should find that it logs first false, and then true to the console. So the isArray method is the easiest way to tell if the object that we're working with is a true array. This is a relatively new addition to JavaScript, and there is another older way to tell if an object is an array. And we'll come back and look at that as well later in the course. The other method of the array constructor is the from method, which allows us to easily create new objects from any iterable object. So if we wanted to create an array from a string, for example, we could do this. So when we look in the browser's console, we should find that we have a new array containing each individual letter from the string. We can also use this to create arrays from other types of iterable like a map or sets, or even the arguments objects inside a function. And we can see that an array has been created from all of the arguments passed to the log arg function. We haven't looked at functions in great detail yet, and we haven't really covered the arguments object at all. We will be coming back and looking at functions in much more detail in the next section of the course. And that will include a discussion of this special argument object. So don't worry too much about it for now. So usually, the from method takes a single argument and that is the iterable that we want to create the array from. But there is also another form of the method, which takes three arguments. In this case, the second and third arguments are a map function, and the this object that we want to use inside the map function. It works like this. So we pass a function to the from method as the second argument and that function is the mapping function. This function will be called for each item in the array. And each time it gets invoked, it will be passed the current item from the array. And all the function does is return the corresponding value from the this object. So let's take a look in the browser's console now, and we can see that we have an array with the strings one, two, and three. So the map function works in the same way as the map method on array's works and we saw that earlier on in this section. The from method just allows us to map the array created by the from method into a new array without us having to use an intermediary array. So in this lesson we looked into a couple of useful methods of the array constructor, the isArray method, and the from method. The isArray method returns true or false to tell us whether the object passed to it is an array or not. The from method allows us to create a new array from any iterable object. And optionally, allows us to provide a mapping function to convert the array in some way. We're now going to move on to section six of this course. Which focuses entirely on functions and aspects of JavaScript related to functions. Thanks for watching.