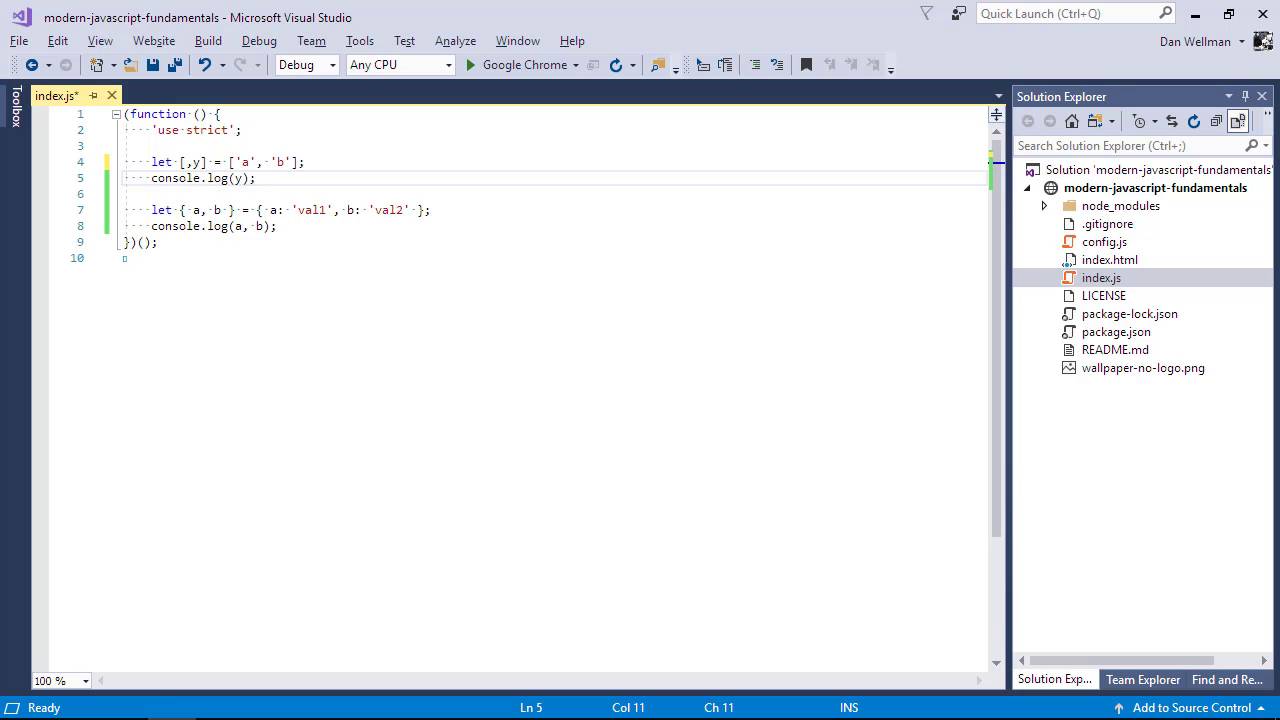 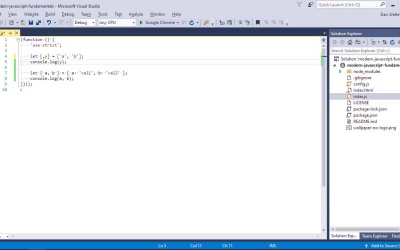 JavaScript has built-in support for destructuring arrays and objects into individual variables during assignment. This is a real time-saver. In this lesson I’ll show you how to do this, as well as how to destructure parameters in function calls.