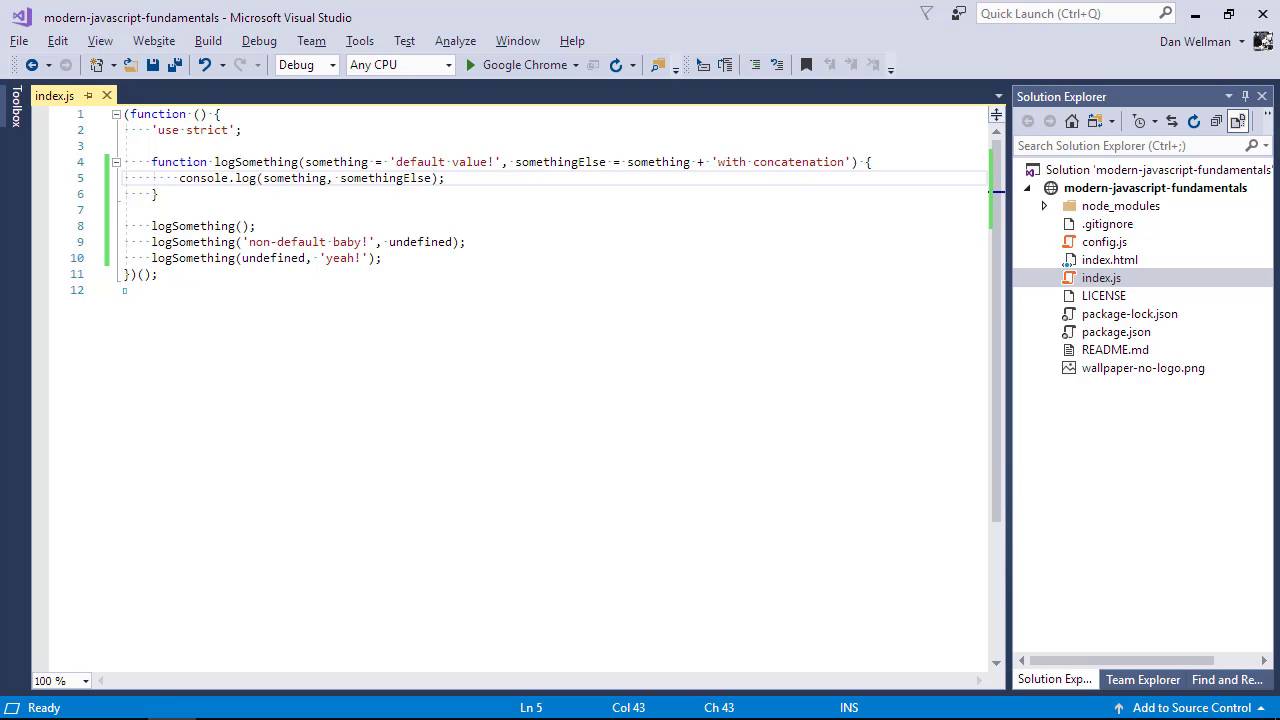 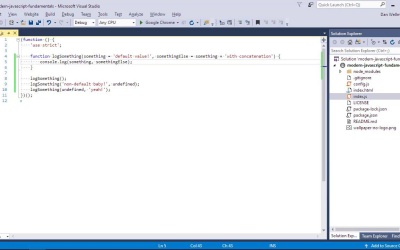 In this lesson, we can take a look at two additional function features, both to do with parameters: default parameters and rest parameters.