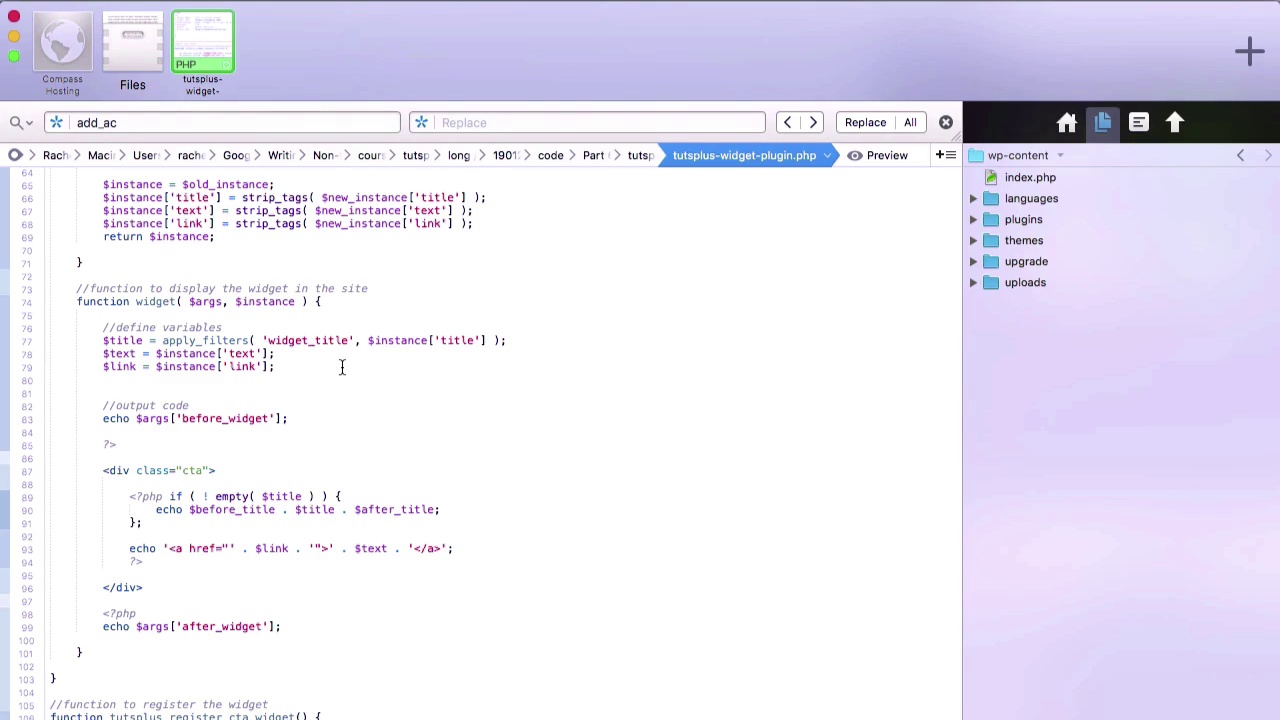 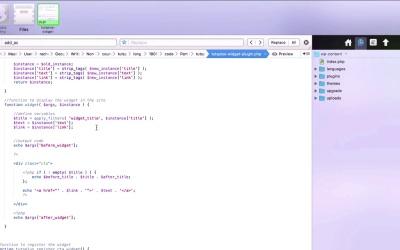 In this lesson, let's create a plugin that adds content to the screen via a widget or shortcode.