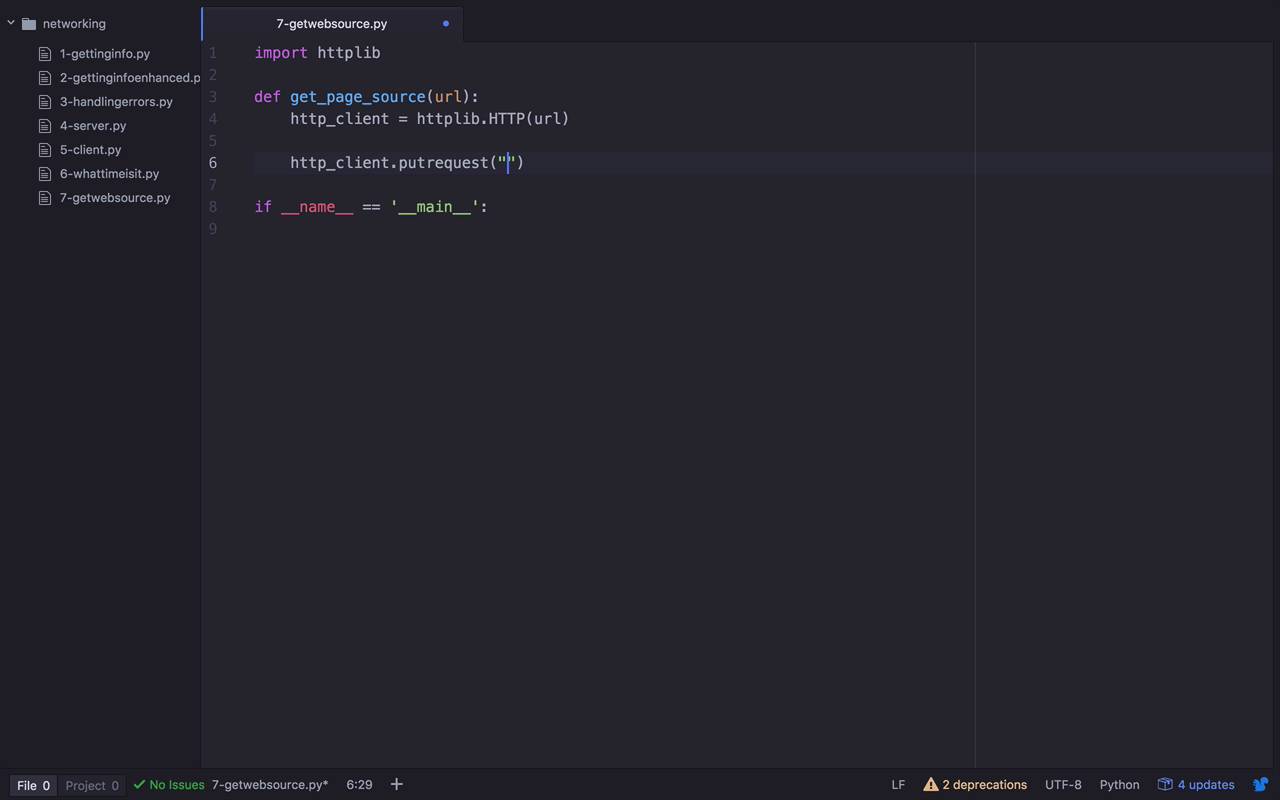 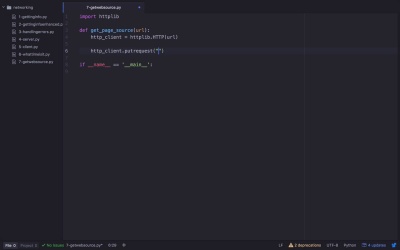 9.2 Getting Websites With HTTP

A common use for Python is for web crawling and scraping. Again, we could do all of this with raw sockets, but Python has existing modules that can handle the heavy lifting for us. In this lesson, we'll see how to use HTTP (Hypertext Transfer Protocol) to retrieve a webpage with only a few simple lines of code and some assistance from another useful module, httplib.

9.2 Getting Websites With HTTP