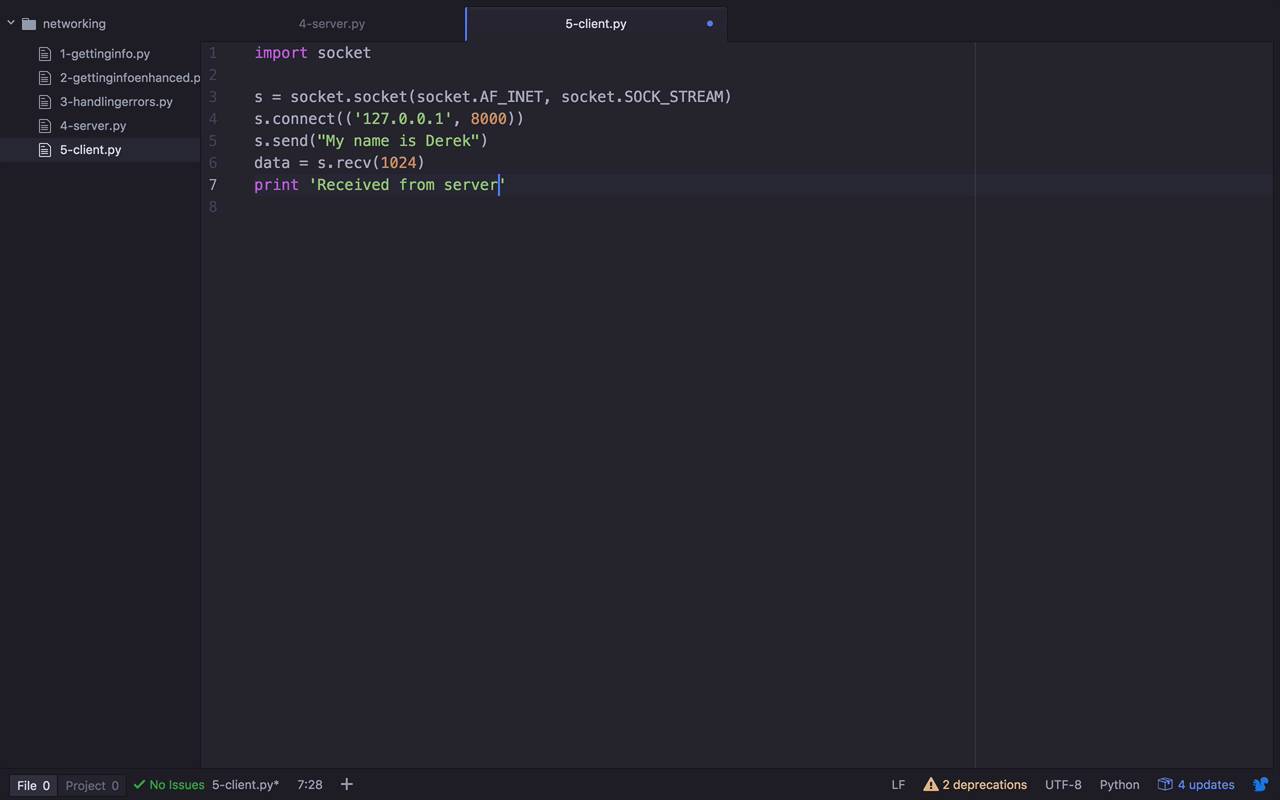 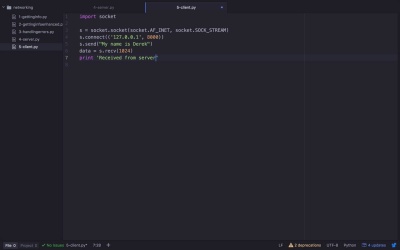 In the previous lesson, we successfully created a simple socket server that we could connect to via telnet. But the server is only half of the puzzle. We also need to create a client to interact with that server! In this lesson, we are going to do just that.