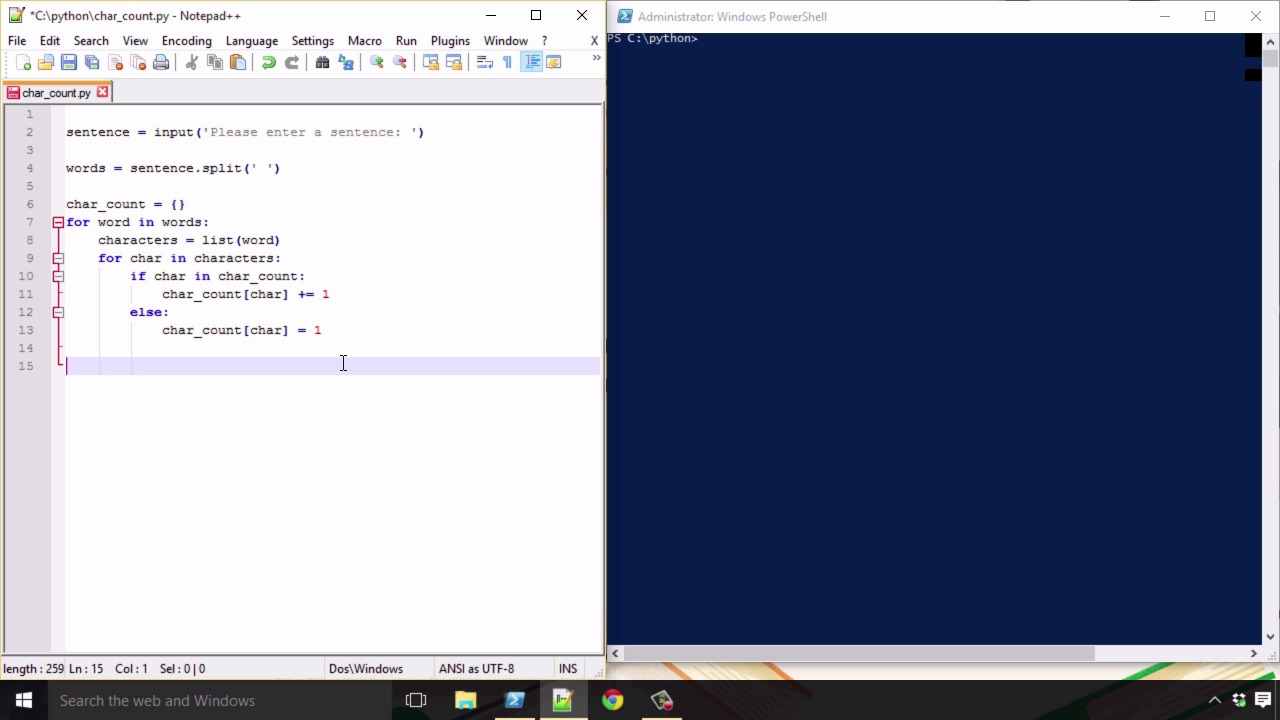 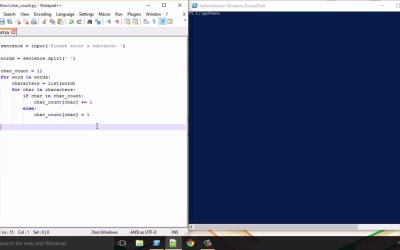 Using these data structures and tools for iterating through them, let's create a new application. This time we will analyze the frequency of letters in a sentence input by the user.