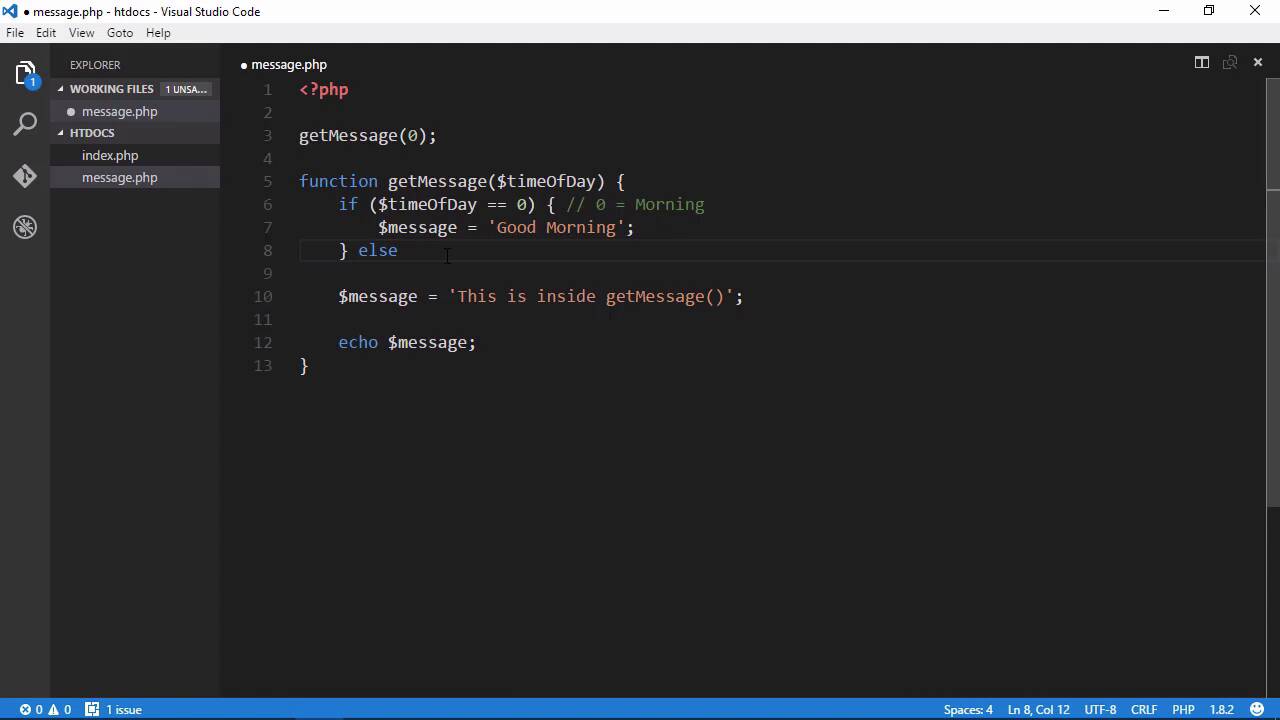 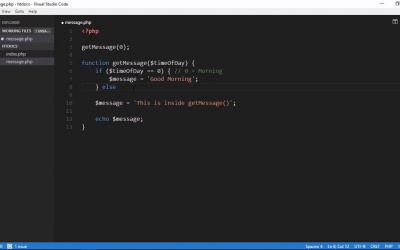 Our code is beginning to take shape, but our function doesn't do much yet. Let's make it process some data. To do that, we'll add a parameter to the function and make decisions based upon the value of that parameter.