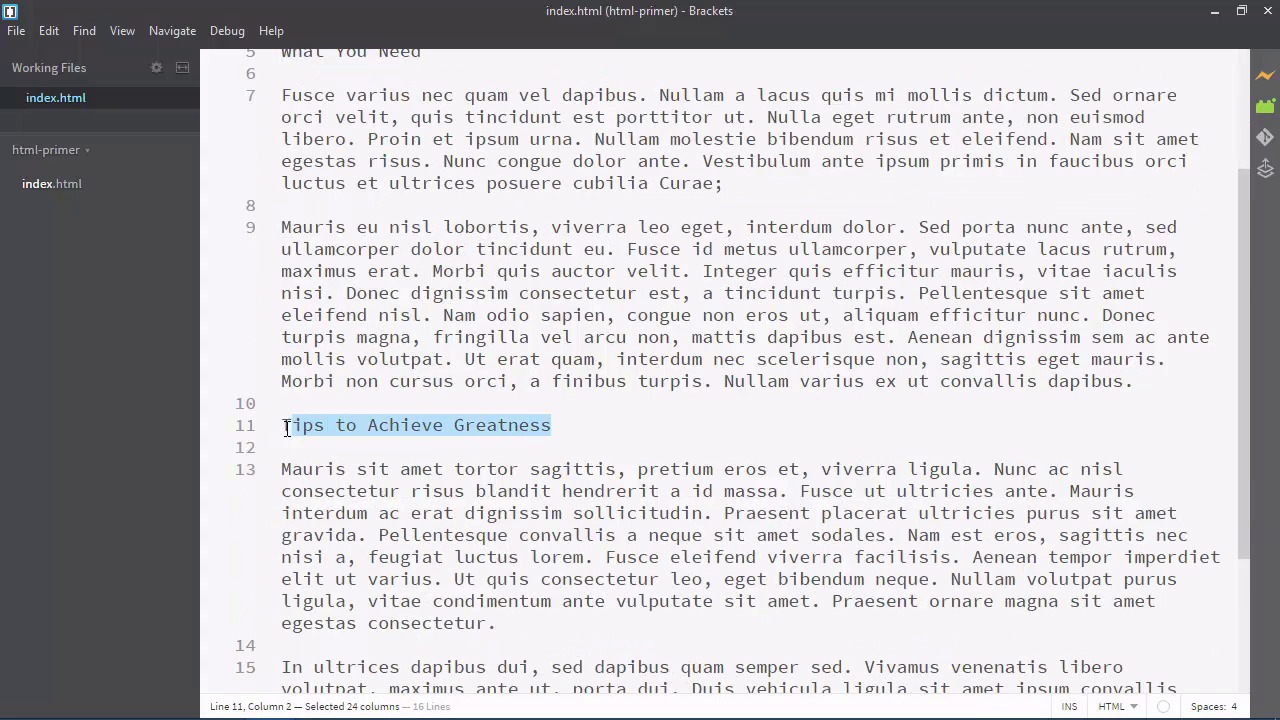 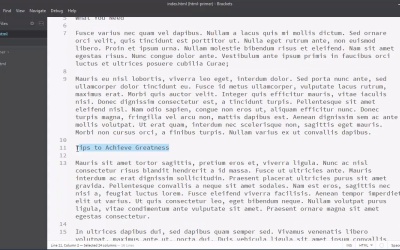 3.1 Marking Up a Document

An HTML document is more than just ordinary text—it's text that we "mark up" with HTML elements. We'll mark up a simple document in this lesson.

3.1 Marking Up a Document