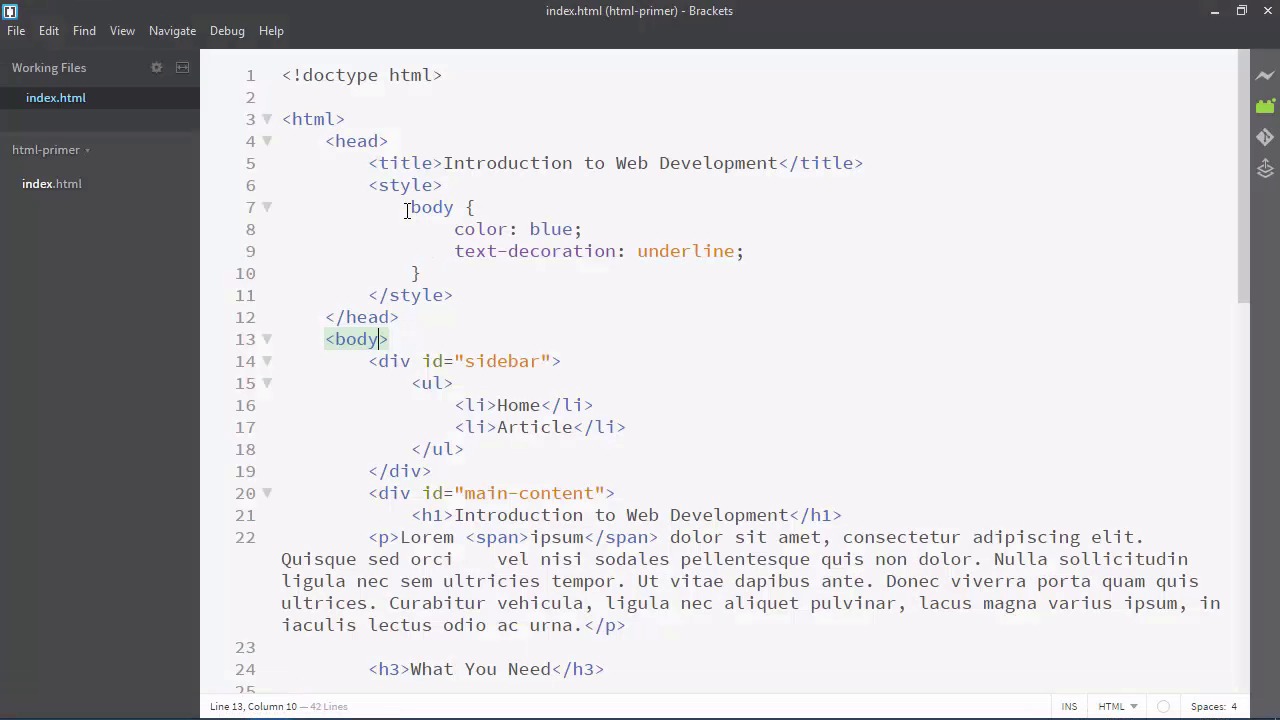 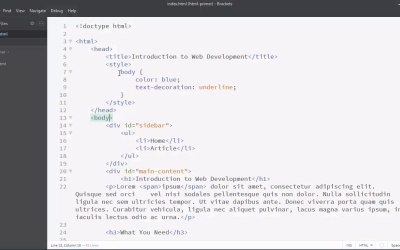 HTML is responsible for one thing: marking up the document. For styling (more technically called "presentation"), we use CSS. In this lesson, you'll learn the three ways we can add style to a document.