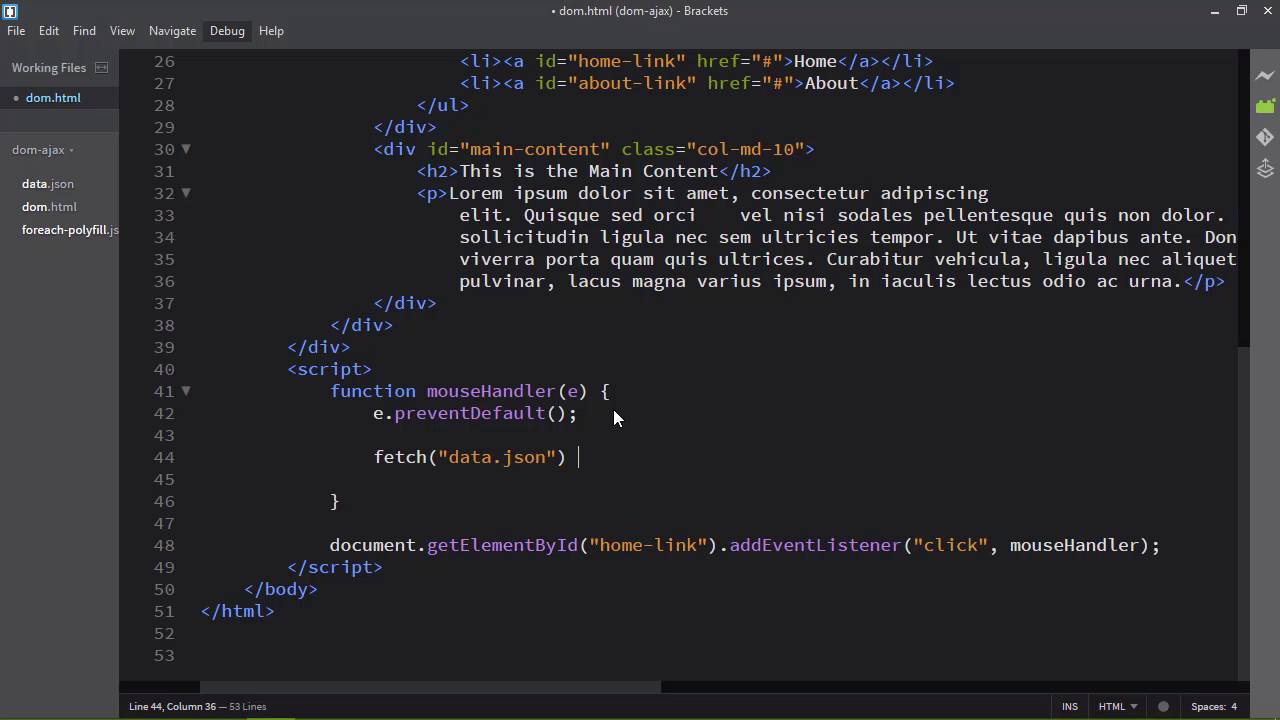 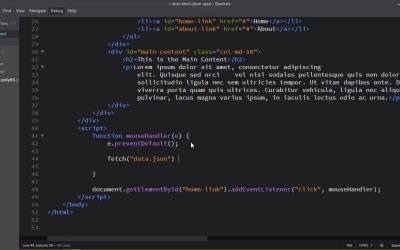 The new standard Fetch API is robust, allowing us to request and work with many different types of data (including binary). In this lesson, we'll use fetch() to retrieve our JSON file and then work with its data.