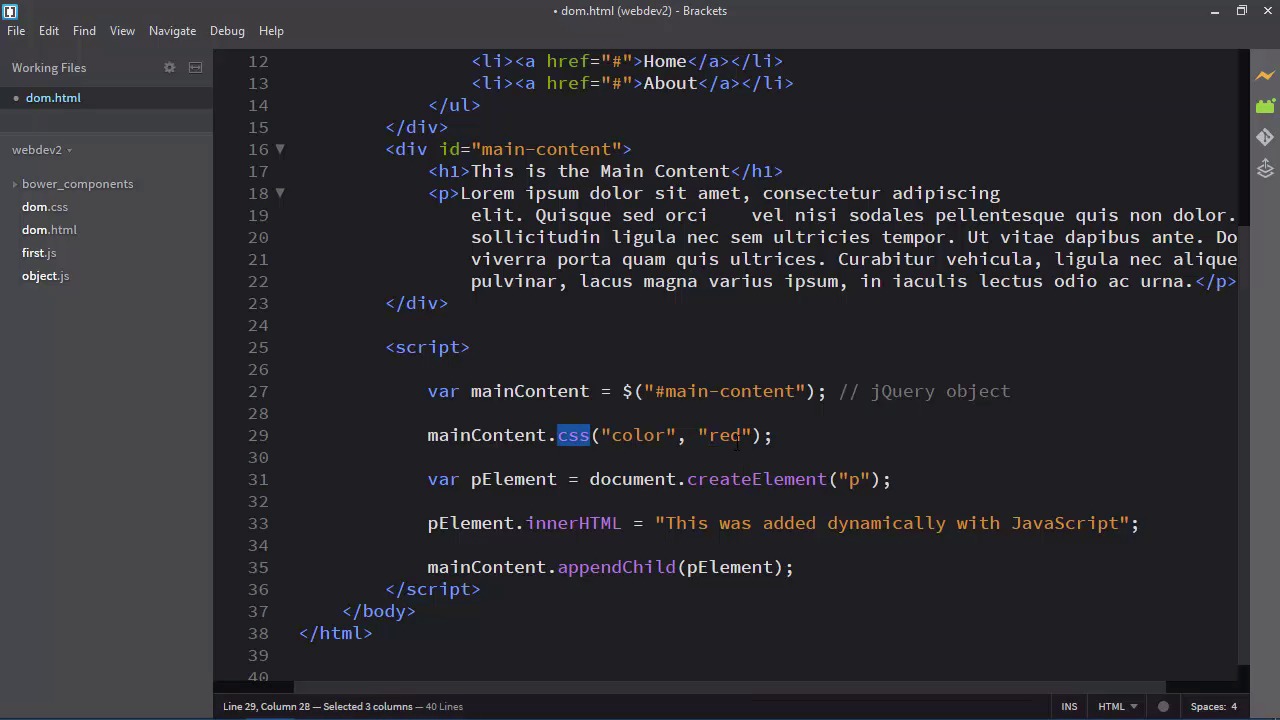 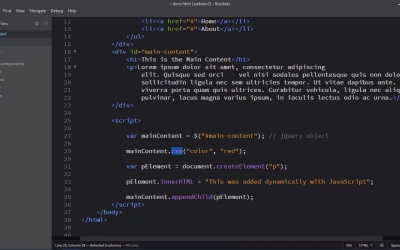 jQuery does a lot of things, but a big part of its popularity comes from how it simplifies access to the DOM. In this lesson, we’ll revisit the code from Lesson 2.3 and rewrite it with jQuery. You’ll see how jQuery makes our DOM code much more concise.