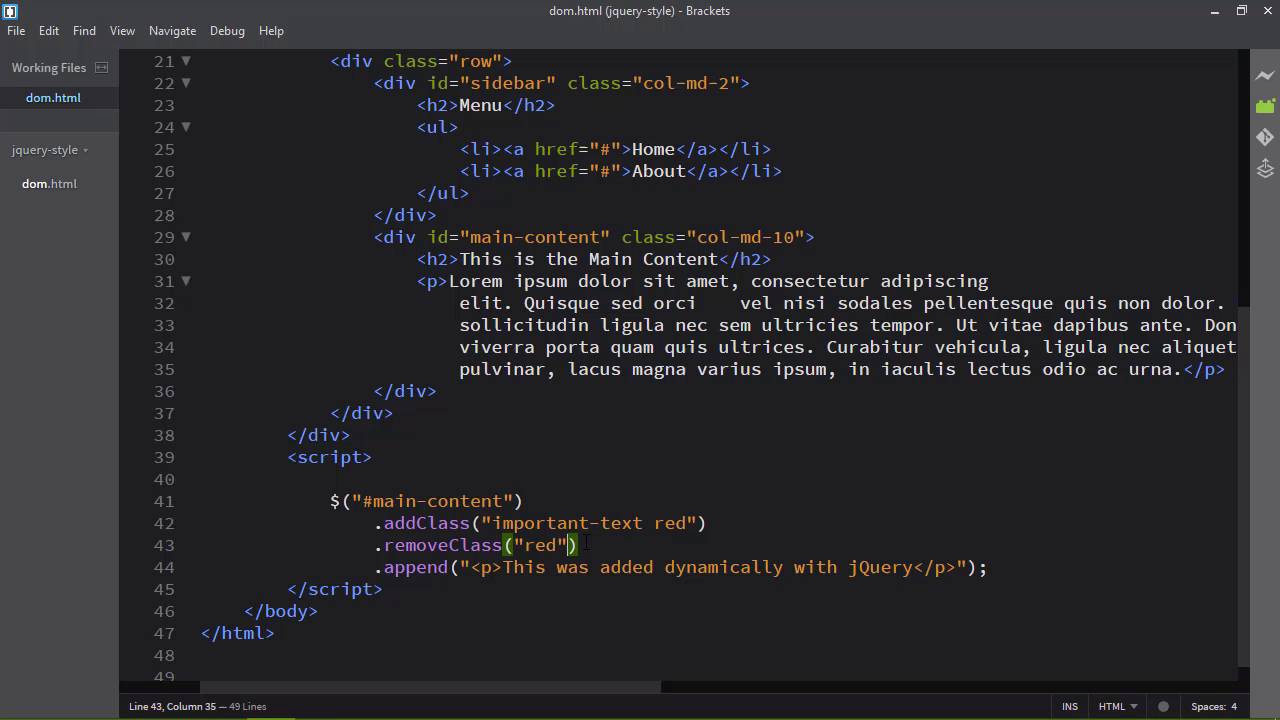 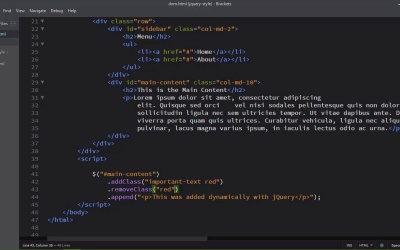 Changing the classes assigned to an element (or elements) is the most efficient way to manipulate its style. jQuery makes this easy with the addClass(), removeClass(), and toggleClass() methods.