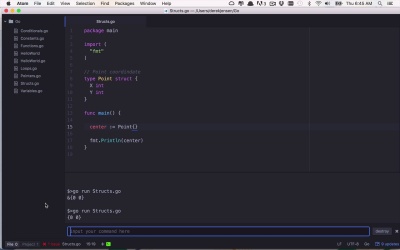 Strictly speaking, Go is not a full object-oriented language. But having said that, it does have the capabilities of doing some OOP type things. Although it doesn’t have the concept of a class, you can still use structs to create your own types and model real-world entities. This lesson will introduce the basics of structs so that we can incorporate them into upcoming lessons.