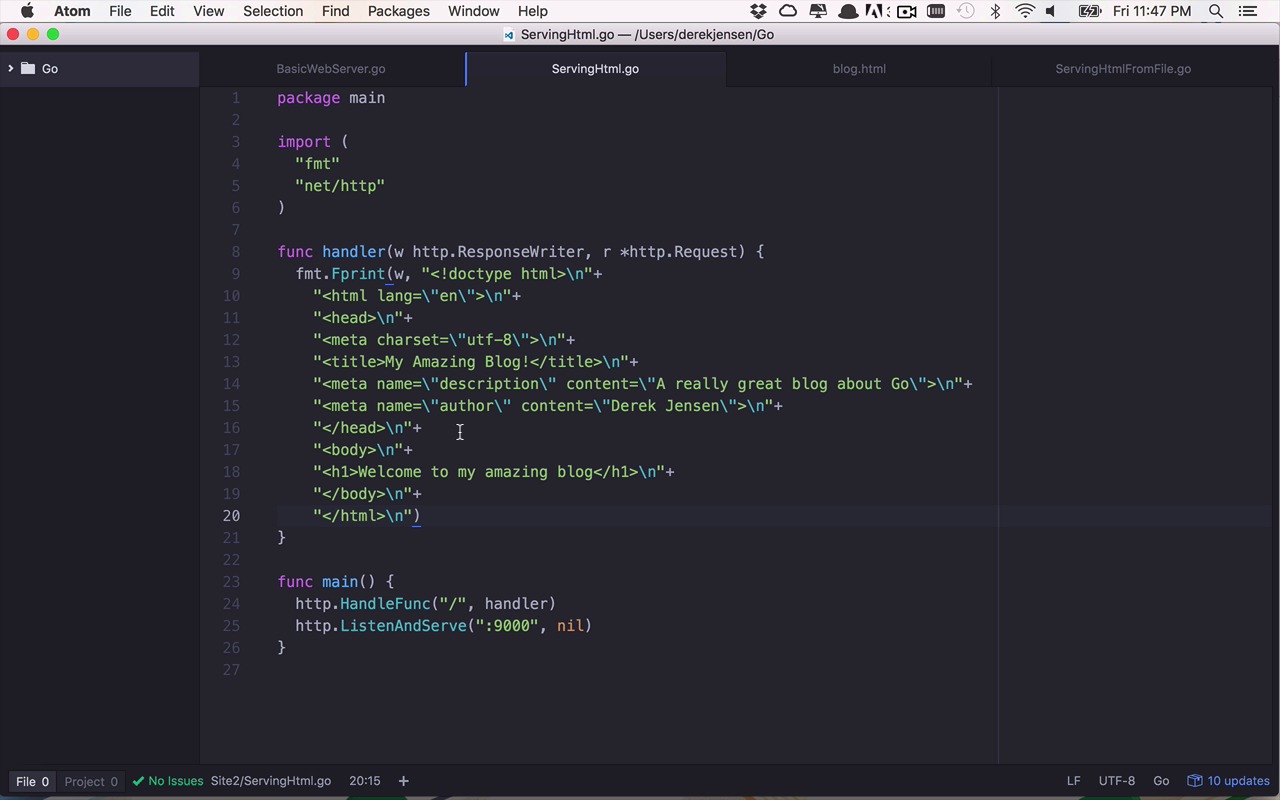 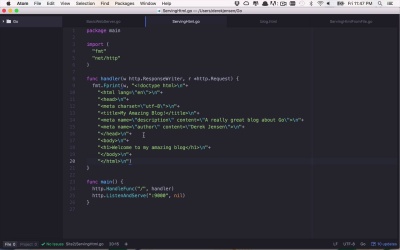 3.2 Serving HTML to the Browser

In the previous lesson, we learned how to create a basic web server that will receive web requests from the browser and return data. The problem was that this data was unstructured and just a string. In this lesson, I'll show you a couple of ways that you can return actual markup back to the browser, and I'll discuss the pros and cons of each.

3.2 Serving HTML to the Browser