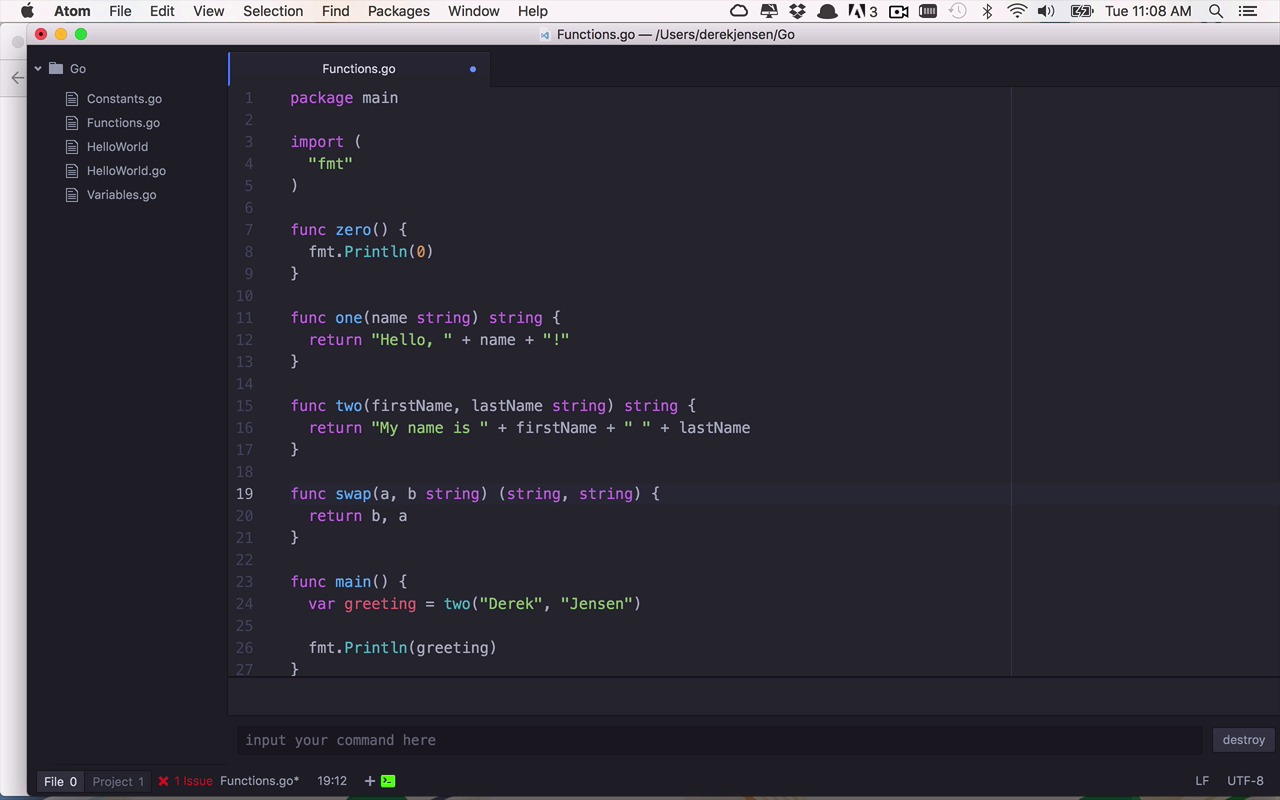 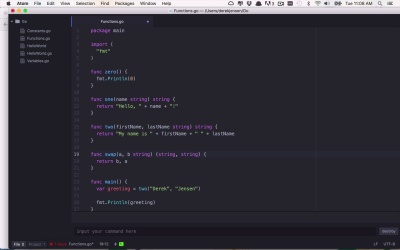 As software developers, one of our biggest pet peeves is having to repeat ourselves. In code, repeating yourself is a very bad habit that makes your code harder to read, fix, and modify. Functions are one of the best ways to reduce this duplication, and Go has you covered. In this lesson, you’ll learn how functions in Go are first-class citizens, meaning that they can be used as types, stored in variables, and passed around as arguments or return types as well.