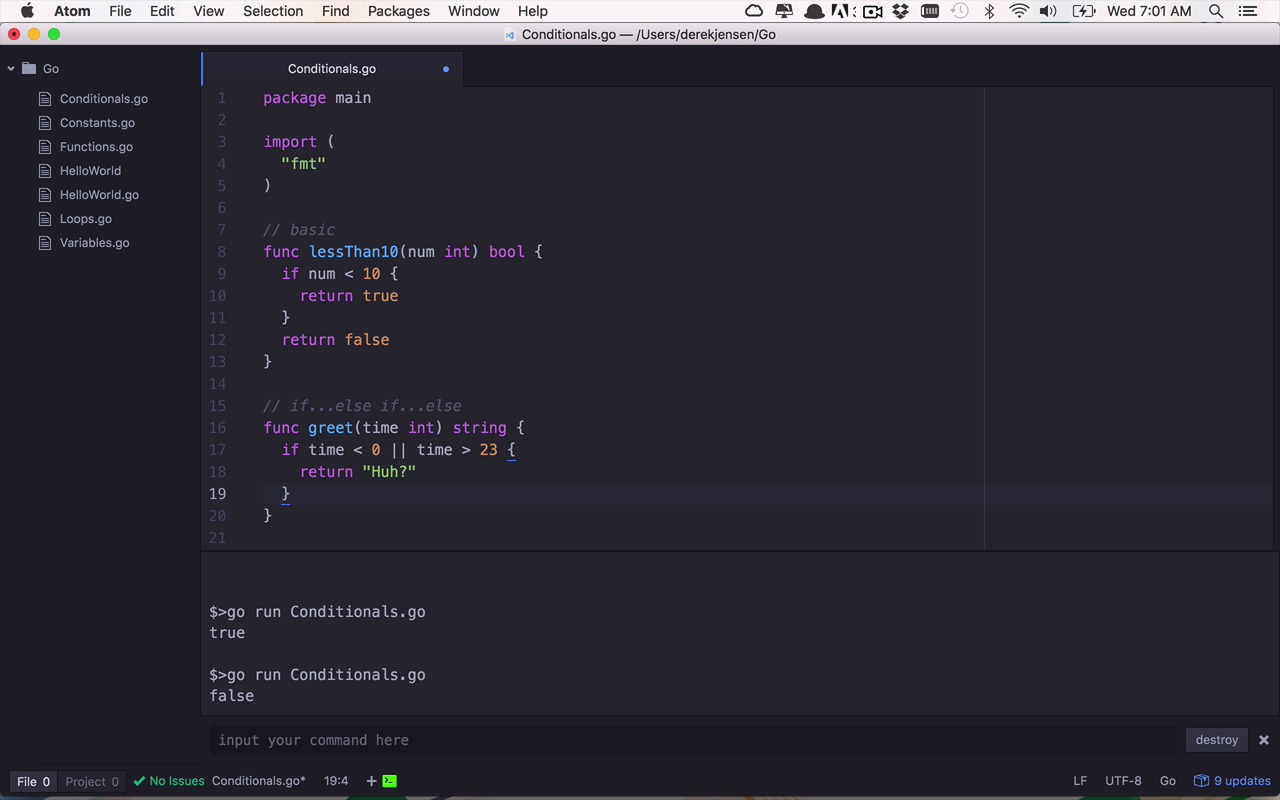 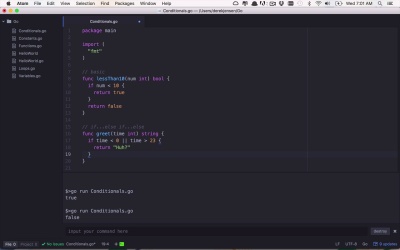 Often in our code, we need to make decisions about what to do based on input data. The language features that let us do so are called “conditionals”. Go provides several conditionals, and in this lesson I’ll discuss two of the more common: if and switch.