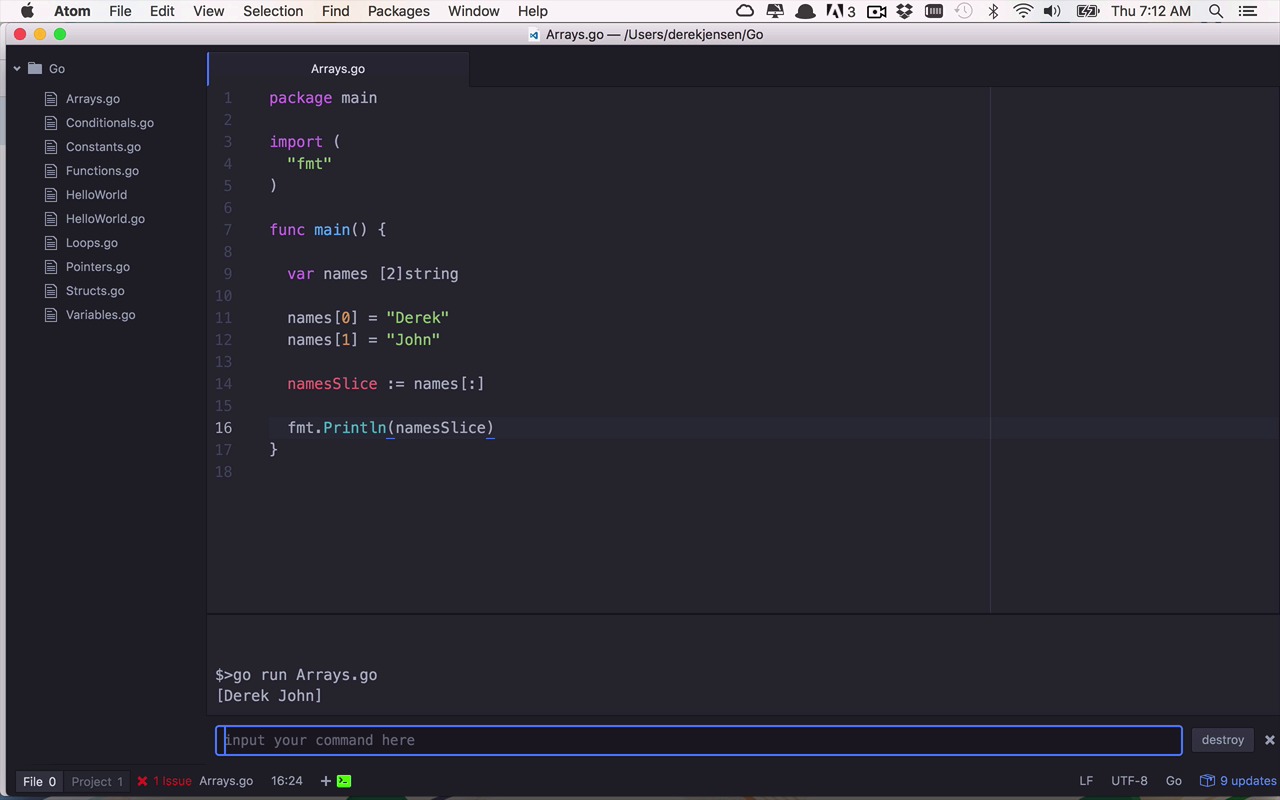 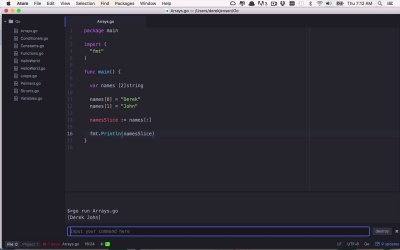 Often we want to group together like pieces of data so that we can either iterate over them or treat them as a whole. In Go, like most languages, we have an array type to do just that. One of the limitations of an array in Go is that once you create it, you cannot change its size. But have no fear. There is a way around that as well, known as a slice. I’ll introduce both arrays and slices in this lesson.