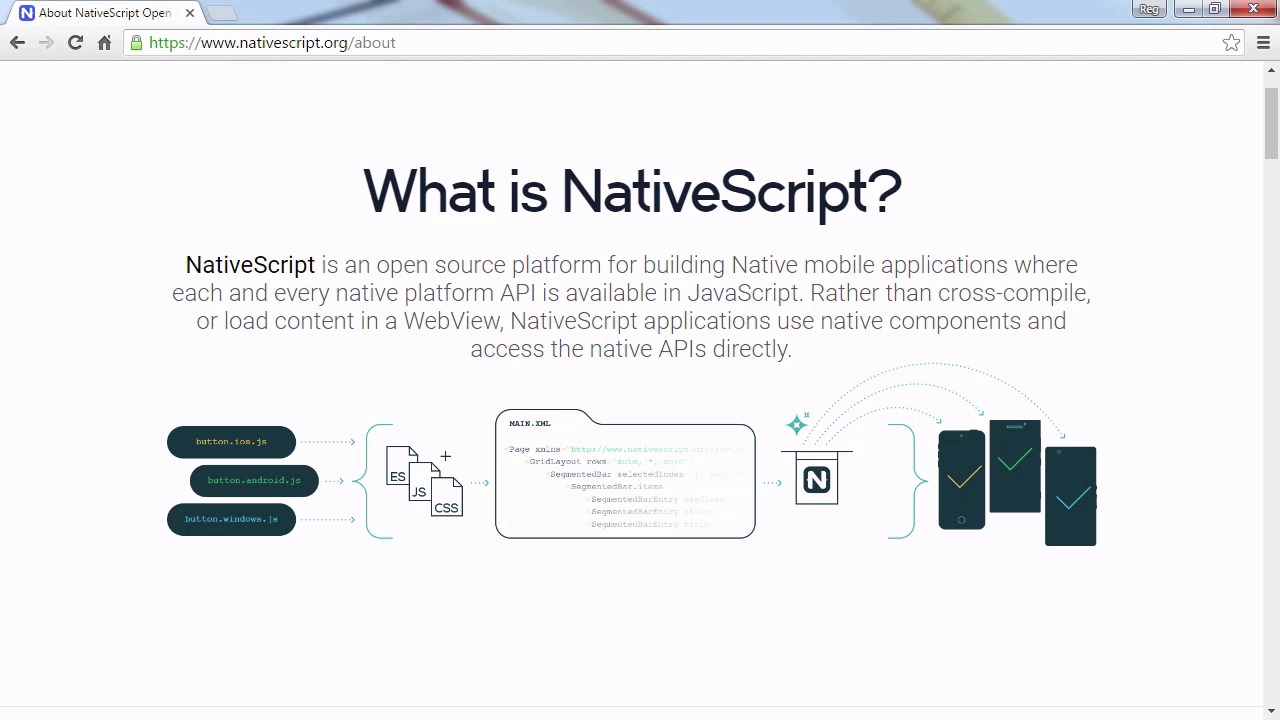 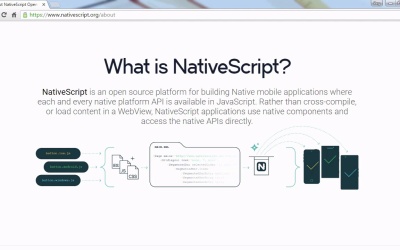 In this lesson, I’ll tell you a little bit about NativeScript—a platform that allows you to write native mobile apps in JavaScript with web technologies.

Hello everyone, I am Reggie Dawson. Welcome to the NativeScript in Mobile Angular 2 course from Tuts+. In this video we will learn what NativeScript is and why we should learn more about it. Then we will discuss what we will learn in this course, and what we will build as a project. In the last few years, there have been numerous hybrid mobile app platforms released. Cordova, Ionic and Intel XDK are among some of these frameworks that allow web developers to use their existing skills to create mobile apps. The main drawback to these platforms is that the view of your app is a web view. Instead of the native controls offered by the device itself, we're using web elements for our apps. A company called Telerik has recently released a framework called NativeScript that addresses this by allowing true native apps to be created with JavaScript. Normally these native features can only be accessed by native code. In the case of Android this means using Java. With NativeScript, instead of using a web view and web controls, we can write code that is directly translated to native code. NativeScript apps perform better than a web view based app as well as provide the standard look of UI elements you expect. Instead of developing our app in HTML, we will actually be using XML, although it would look very similar. Using XML along with JavaScript will allow us to build our apps. We can develop our app using plain JavaScript, but we can also use Angular 2 and TypeScript to build our app. I prefer to use these since TypeScript allows me to use ES6 features such as classes. These features form the backbone of what makes Angular 2 work. Also, Angular 2 allows to create complex apps that will be easy to maintain due to its component-based nature. In this course, we will first look at the relationship between NativeScript, Angular 2, and TypeScript. After that we will learn how to install NativeScript and create our project. Then we will learn the options we have when testing and debugging our project. Once we do that, before we actually start building our project, we will go over some of the various features that NativeScript offers you. First, since the components aren't actually HTML, we will need to learn how some of them work as well as how to check out the properties available to them. After that we will discuss a few of the other key features of the framework and how to use them. Once we understand how NativeScript works, we will build a note taking app. This app will use Firebase as its back end thanks to an official NativeScript plugin. NativeScript can not only use the plugins designed for it, but also many plugins from MPM can be used. In the next video, we will learn how Angular 2 and TypeScript work with NativeScript.