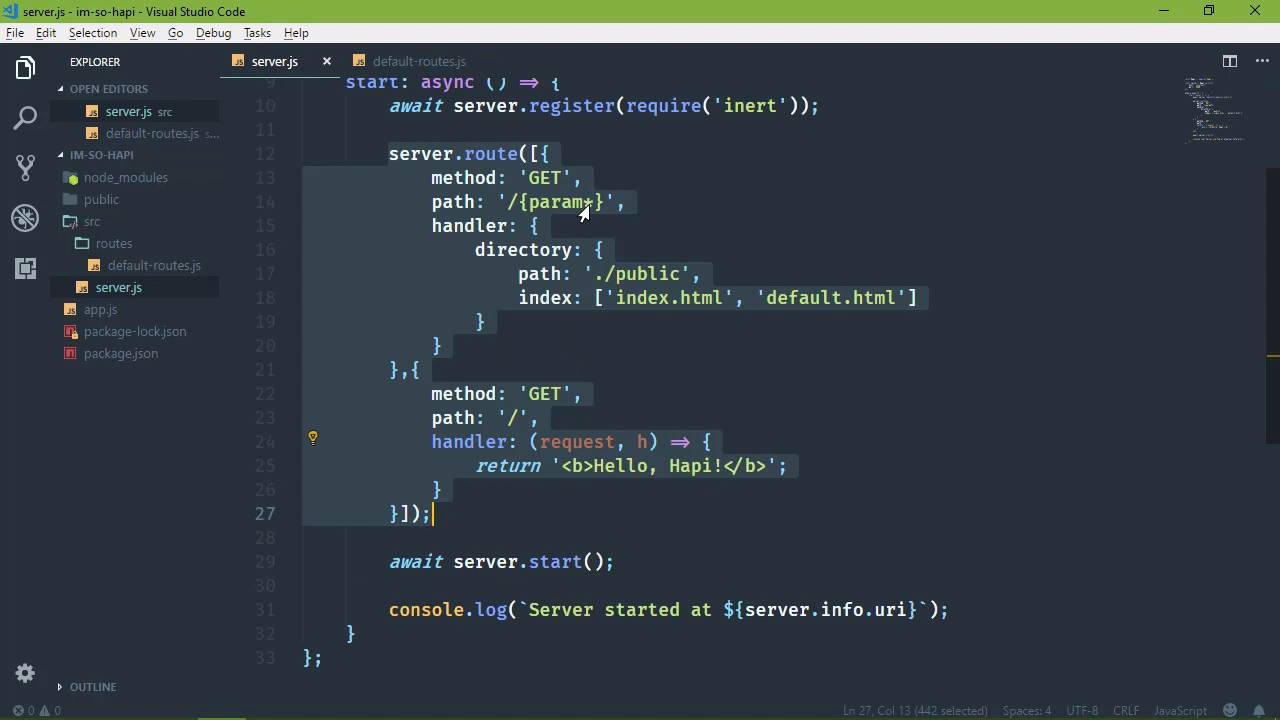 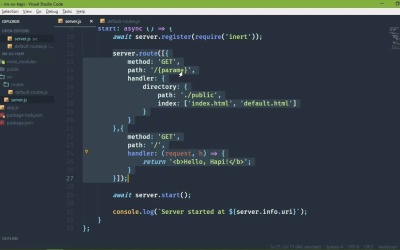 Before we spend any more time writing code, let's organize our project to save us from headaches later on. We'll also write our own Hapi.js plugin to help compartmentalize our code.