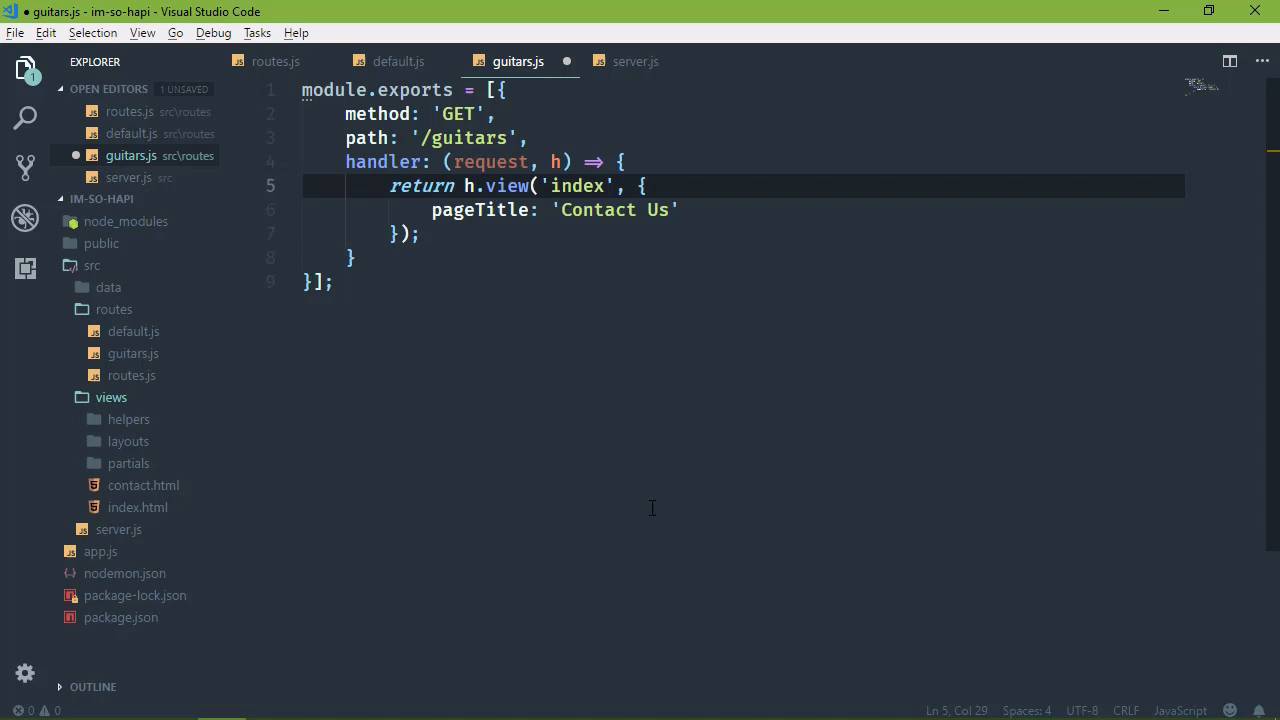 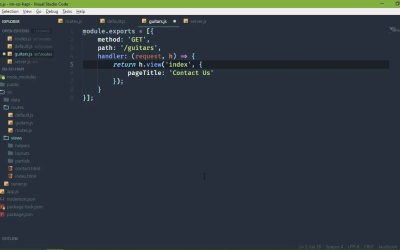 In this lesson, we'll finally use Handlebars to display a list of guitars. We'll also slightly modify our project structure to make it easier to find the code we want to work with.