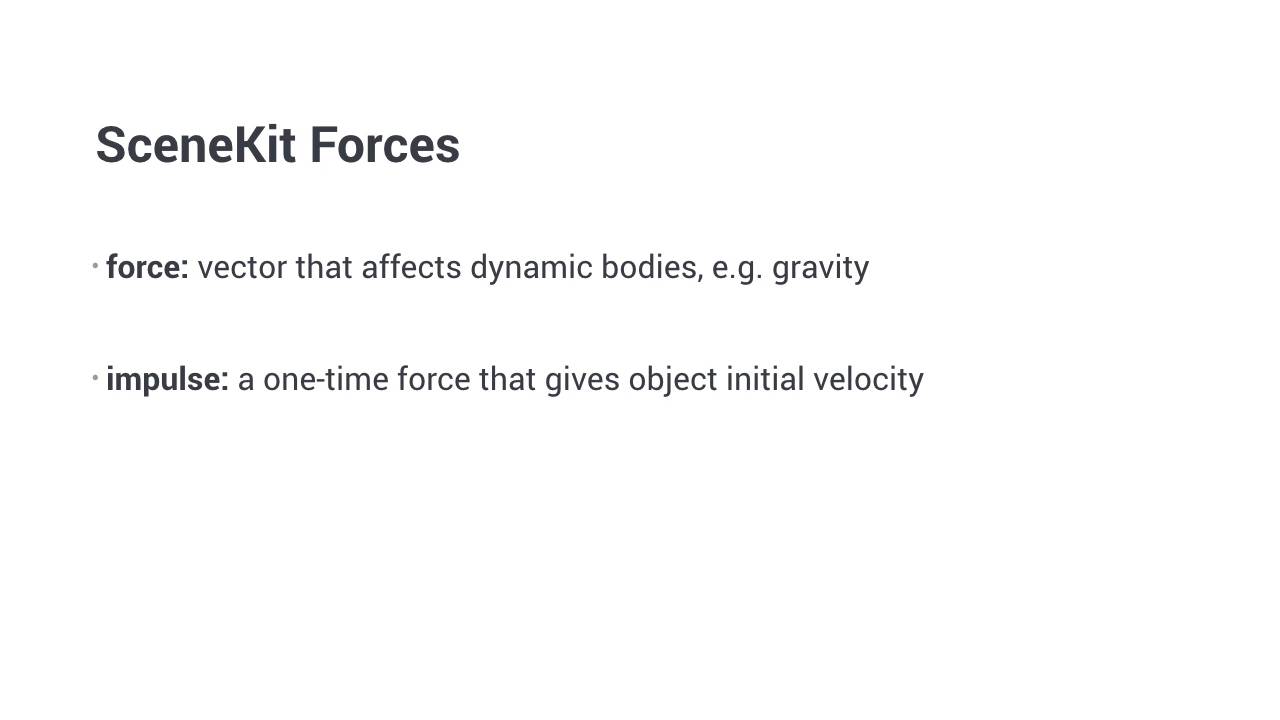 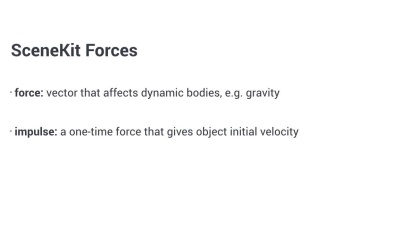 In this lesson you'll learn how to make objects respond to collisions with the surface and each other. I'll also show you how to apply custom forces to your physics bodies.