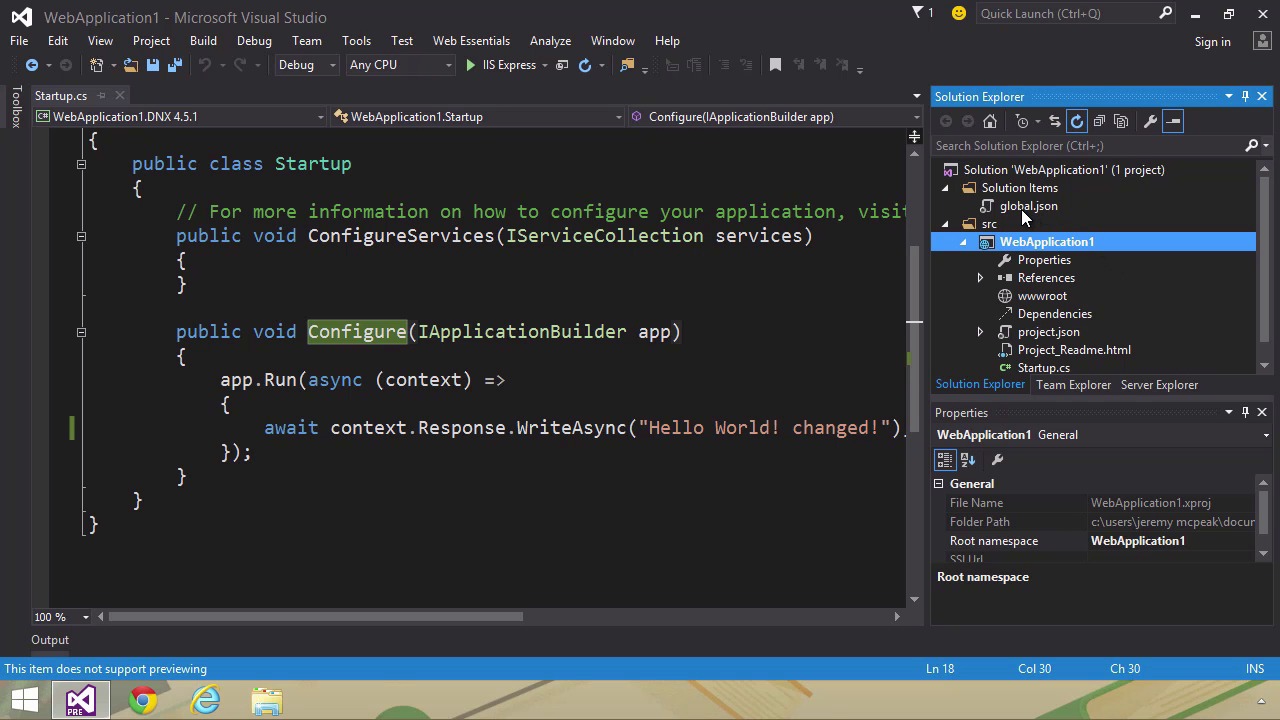 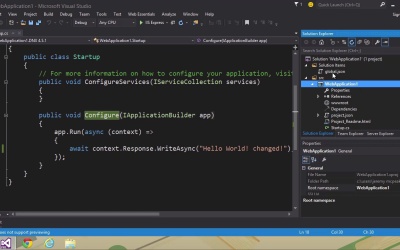 Let's start with a brief look at the files and folders in the default project. ASP.NET has changed a lot in version 5, as has ASP.NET MVC 6, so users who are familiar with previous versions will see much that is new.