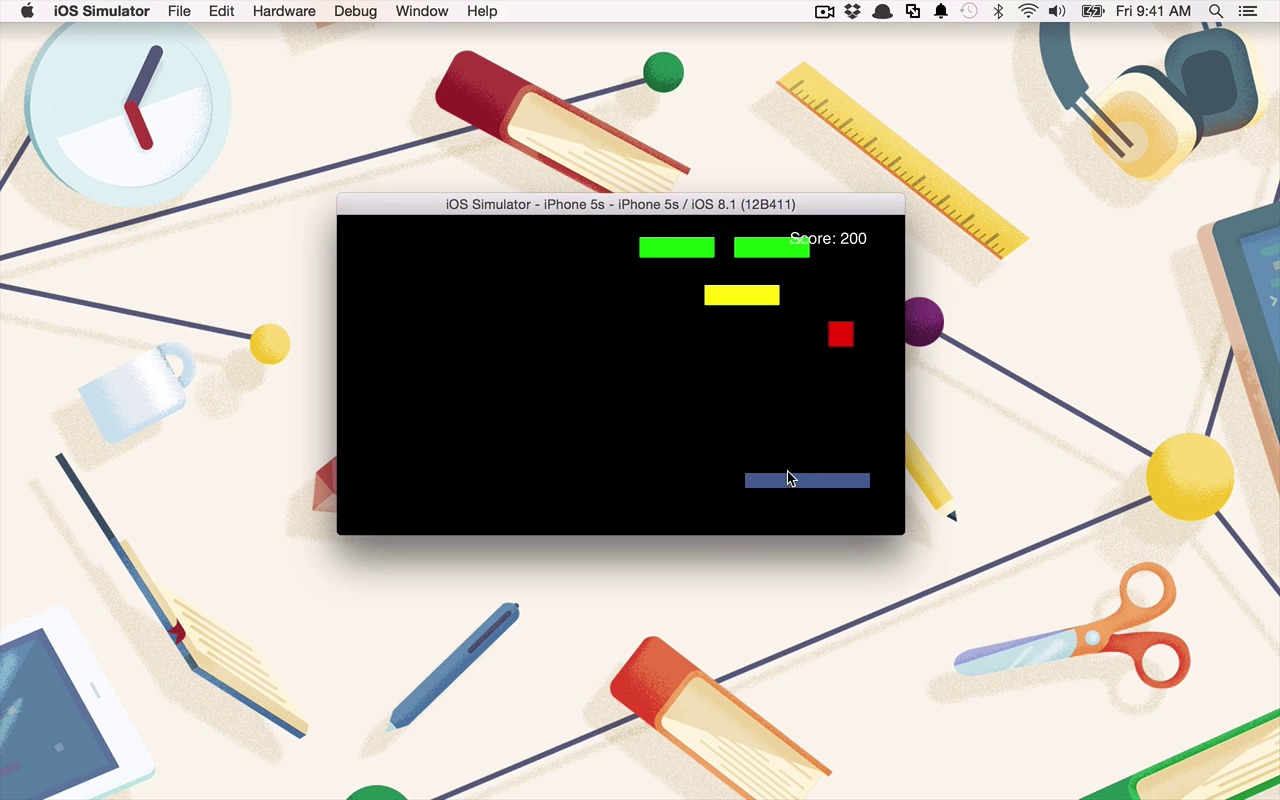 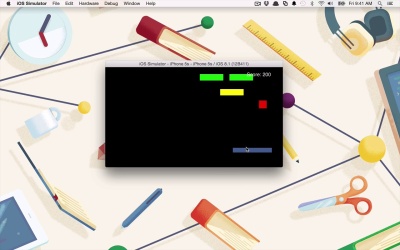 3.1 What We Are Building

Throughout this course we are going to build a very basic, single-level Breakout-style game in which the user moves a paddle to bounce a ball into a number of target blocks, without letting the ball fall below the paddle.

3.1 What We Are Building

Now before we actually get started in creating our game, let's go ahead and see what it is exactly we're going to build. So as I mentioned before, I was a big fan of the breakout style game. And that's what we want to create here. We're gonna create a very basic clone of that game. So as you can see here I already have one built, and what we're gonna start with is a, kind of a start scene where it's going to ask the player to tap to play. And then once they tap to play, as you can see here we have a red ball moving around the scene, around the screen. We have a blue paddle at the bottom that I can click and drag and move around. Then I have green stationary or static blocks at the top of the screen that we have to try to bounce off to hit in order to accumulate points, as you see up in the right hand side. We also have a yellow moving block across the top of the scene. Now, if the ball gets behind us and touches the bottom of the screen, we're going to lose, and present the user with a dialog box here. That's not really a dialog box, but more of a game ending scene that's going to say you've lost and you can tap to play again, so we'll do that. And then once we do that, we can continue to play back and forth here. So ultimately the goal here is to destroy all the blocks, and we want to. Once we do that we're going to increment the score by 100 points every single time we hit a block. And so ultimately in this particular version of this game you can accumulate up to 500 points. So once we hit all of these, and I should be getting there soon, you should see another scene up here that says, you win. And that you can ultimately tap to play again. So this is a very basic kind of rudimentary, old school breakout style clone, where we have some dynamic movement of objects, we have some calculated movement of objects. We have that yellow block kind of going back and forth. And then we have some stationary things, as well as we're able to deal with some gestures and some, some clicking and dragging, or some tapping and dragging, as you see that I'm doing on the bottom of the screen. So this is ultimately what we're going to try to build throughout the duration of this course. It should be a lot of fun, you're gonna learn a lot of new techniques, in working with SpriteKit if you've never used it before, but what you're gonna find out very quickly is that it's quite easy to do. So with just a little bit of basic knowledge, you can create a very simple game like this all based on just a few lines of code to actually generate a few objects, place them on the screen, and determine when things have moved and have been hit and react to those types of things. So it should be a lot of fun, hang in there, and let's go ahead and get started.