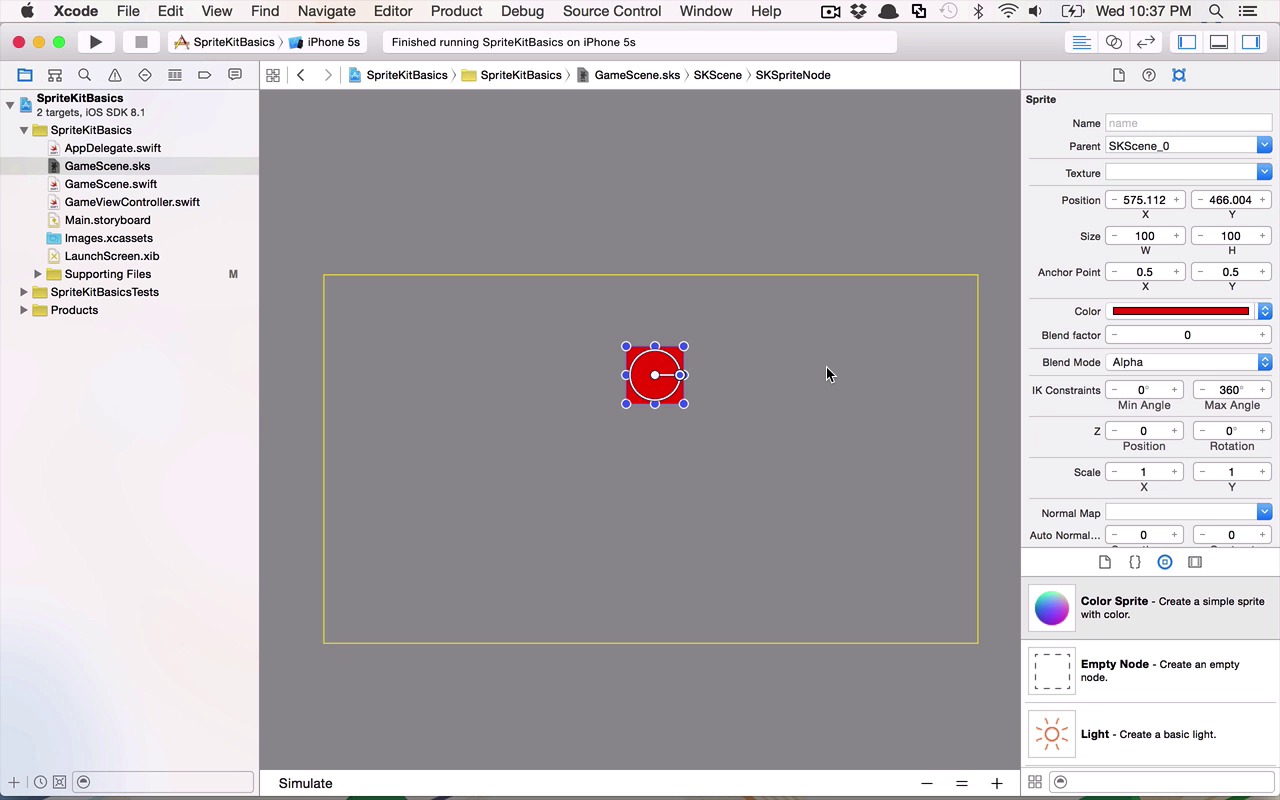 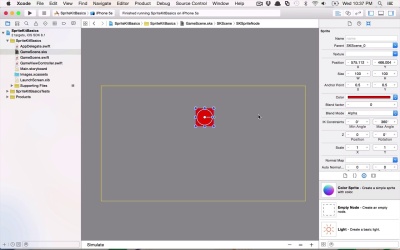 In this lesson we'll get started with our SpriteKit game by configuring a scene and adding sprites to it. The Xcode user interface makes this easy.