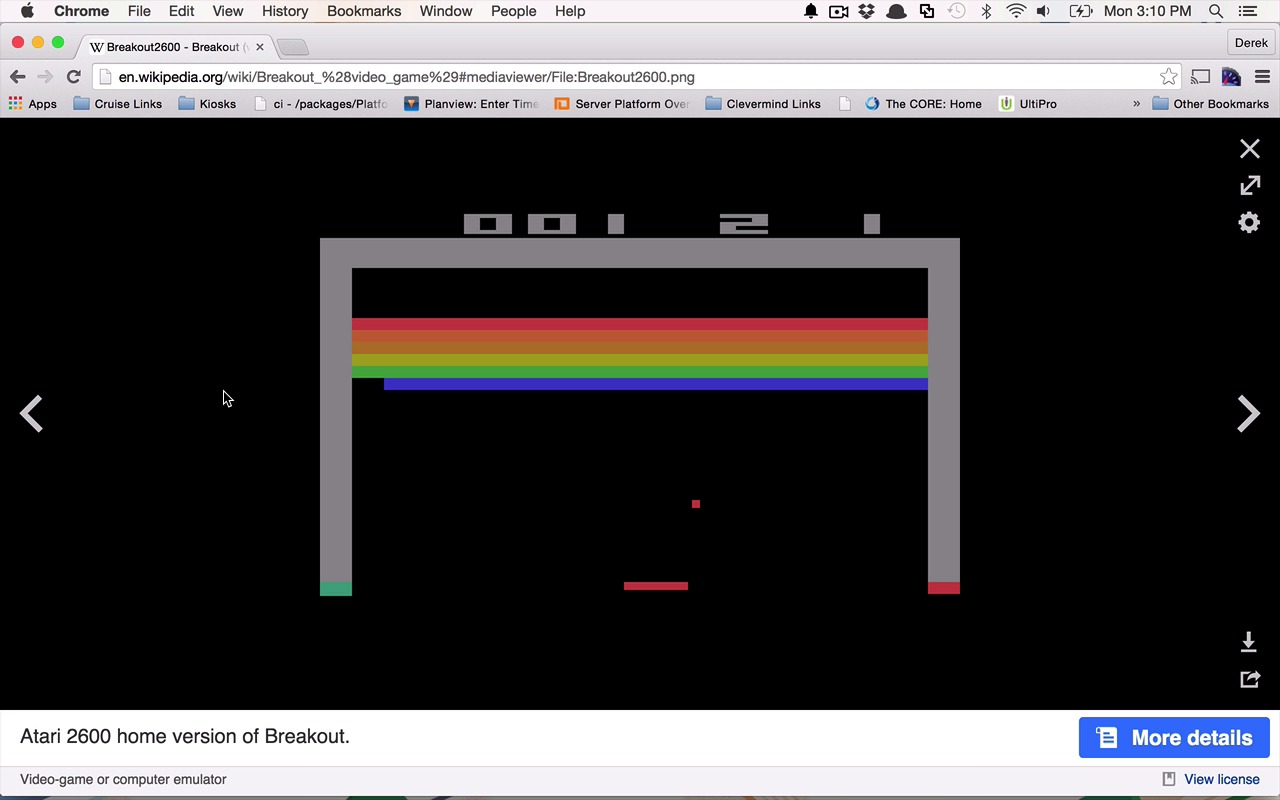 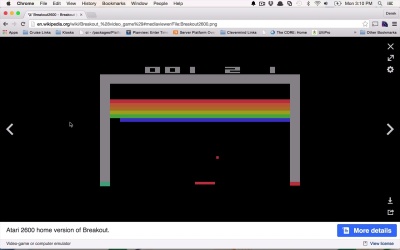 When I was a kid I was always interested in computer games. One of my early favorites was Breakout.

Now, I chose to do this specific course for a fairly interesting reason. And I think this tends to resonate with a lot of people that are in the software development field. Now, I think it's fairly safe to say that when I chose to go into software development, I didn't say to myself, you know what, I'd really like to create enterprise applications. That definitely was not the case. Early on in my life, when I first started to learn more about computers, and discover them, and, and tend to spend more time with them, it was typically around the realm of games. And the games really interested me. And there was one in particular that definitely struck a chord with me, and that was Breakout. Breakout was definitely one of my favorite games. I thought, thought it to be a relatively simple concept, but ultimately could get fairly challenging. And if you're not familiar with the concept of Breakout, it was quite simple. You had a little paddle down at the bottom of the screen here that you controlled. And this little ball would bounce back and forth off the walls, off these colored bricks at the top, and then ultimately down to you. And you had to stop the ball from getting below you, cuz if it got past you, then you lost. But if you were able to hit the ball, it would bounce back up and hit these bricks up here. And depending on the levels you were on, you had different configurations of bricks, different colors, you could maybe hit those bricks multiple times. And there's been several iterations and evolutions of Breakout over the years, but the sa, but the basic concept remains the same. And this is ultimately one of the reasons why, maybe not the specific reason why I got into software development, but it was definitely in the back of mind the entire time, is that I loved to play these types of games. And I think that concept resonates with a lot of other people out there. So, I wanted to take this opportunity to spend some time going over basic game building and writing concepts as it pertains to, in this case, the iOS platform, and specifically using Sprite Kit. And Sprite Kit really makes these types of things relatively simple. Obviously, you can get very complex as you go and create very complicated games. But we're gonna create a clone of this Breakout-style game throughout this course, from beginning, where we start with nothing, ultimately to where we get to the basic game and it's functionality. And then obviously, from that point you can continue to build onto it using the same basic concepts to make it more interesting, and make it more elaborate, and do anything you really want with it. But the basic idea here is to learn some of those basic game building concepts. Things like working with the sprites, and how to add a ball, and how to add animation, and detecting collisions, and the game loop, and several things like that which are not specific to iOS and Sprite Kit. You're gonna find them in several other game development arenas. But this is just a very easy way, I feel, to get back into this, especially if this is something that you maybe wanted to do or haven't done for a long time, and are interested in learning about on the mobile platform, specifically iOS. So that's really my motivation for doing this course, and I hope you can kind of relate. And if you can't, still, continue to follow along with me. You may notice that there's something in here that really strikes a chord with you that you're gonna wanna continue to do throughout your development career. And if that's the case, then great, and if not, you'll at least come out of this learning something a little bit new. And at the end of the day, that's definitely worth it.