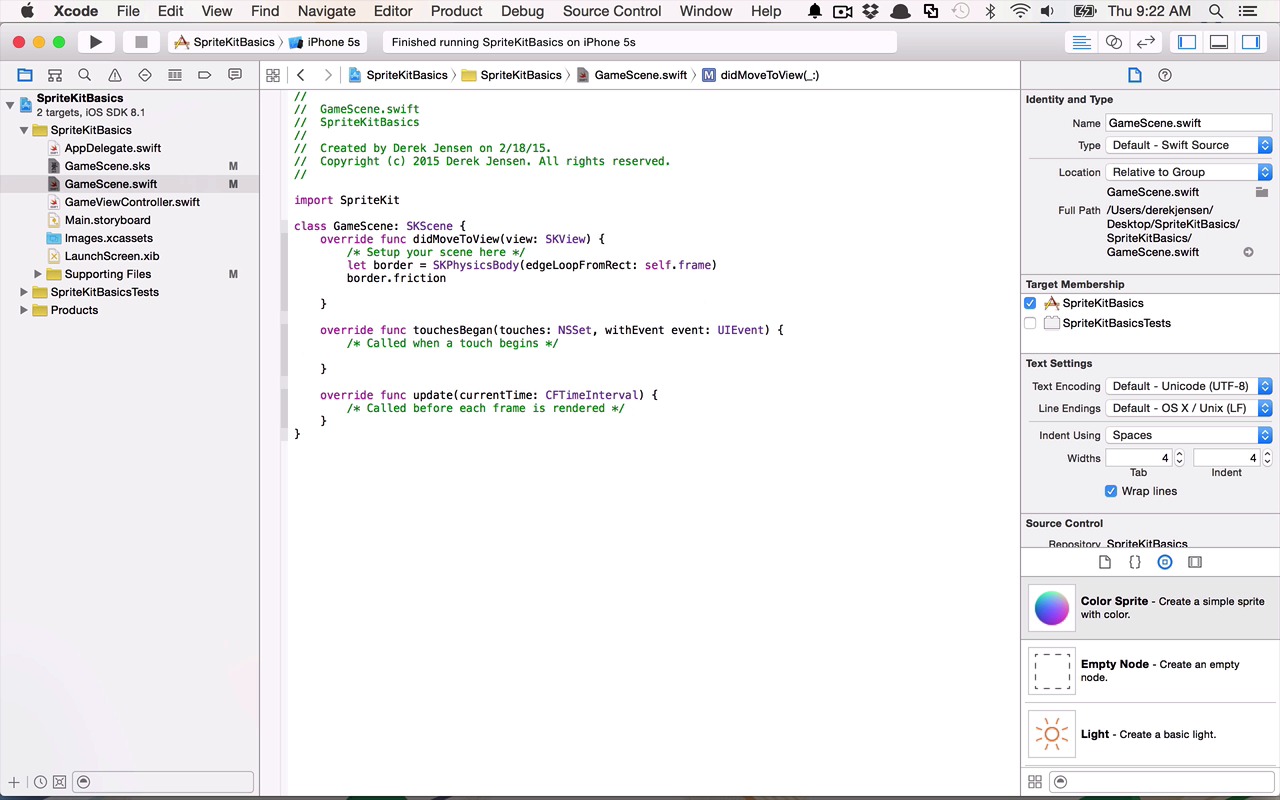 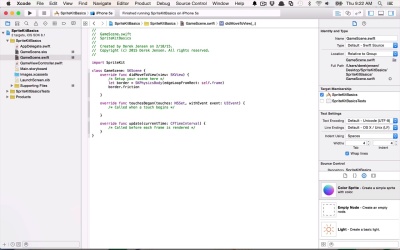 Just adding sprites to a world will only get you so far. Eventually you are going to want to add some life to your scene using movement. You can do this quite simply in SpriteKit by adding some gravity.