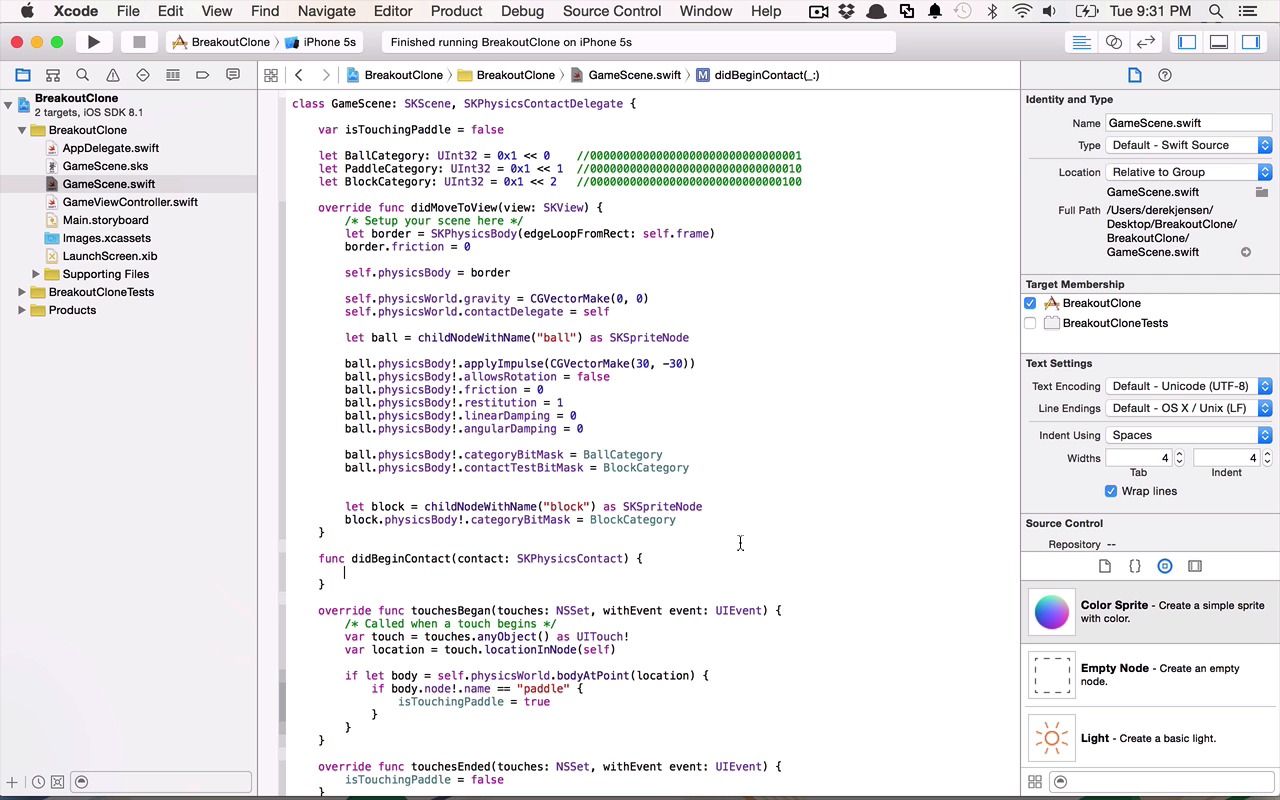 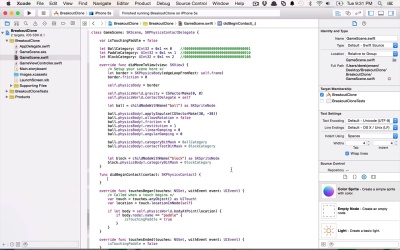 In this lesson, we will use a very basic process to create a target block on the scene for the user to attempt to hit. You will quickly see that this way of adding blocks and building levels is going to become cumbersome and difficult to maintain. Fortunately, there is a better way.