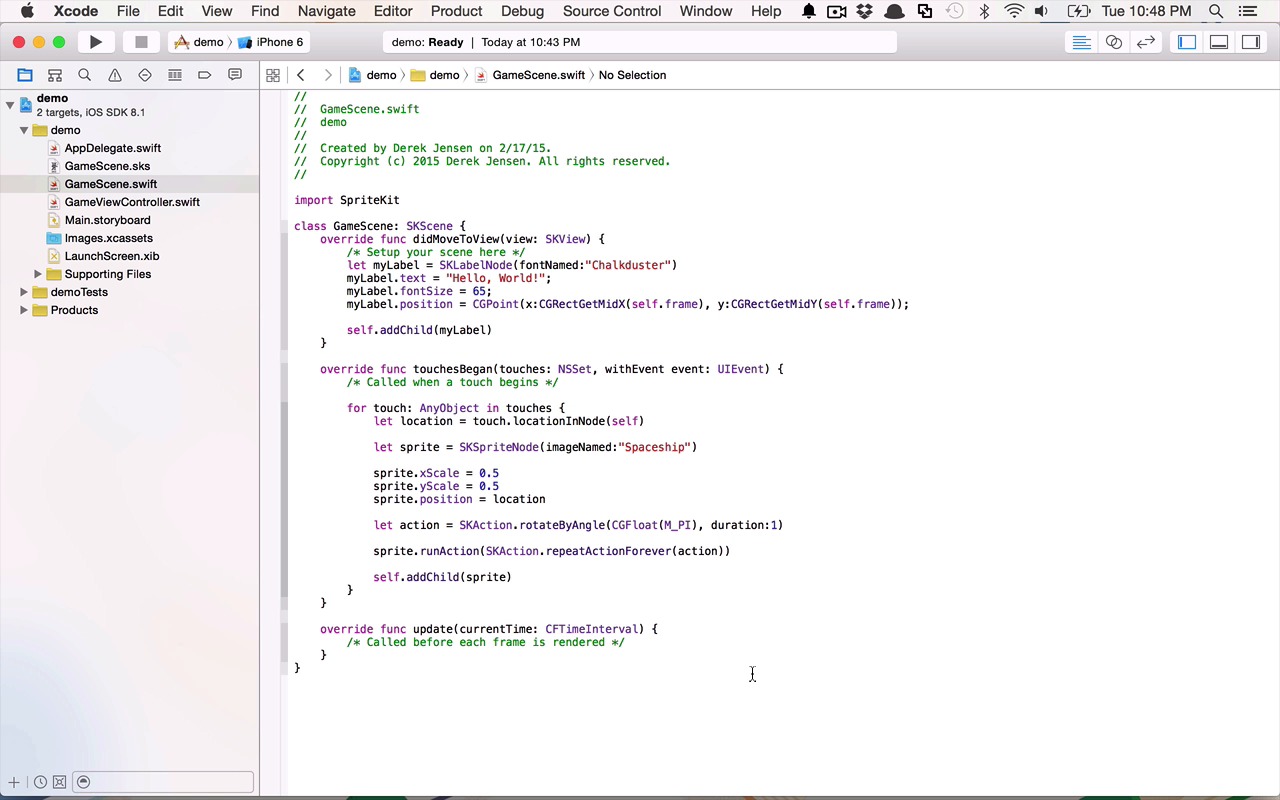 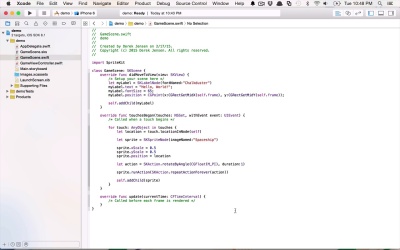 This lesson will focus on the process of creating a simple SpriteKit game using the appropriate template. Once the project has been created, we will go over the basics of the project structure so we know where everything is.