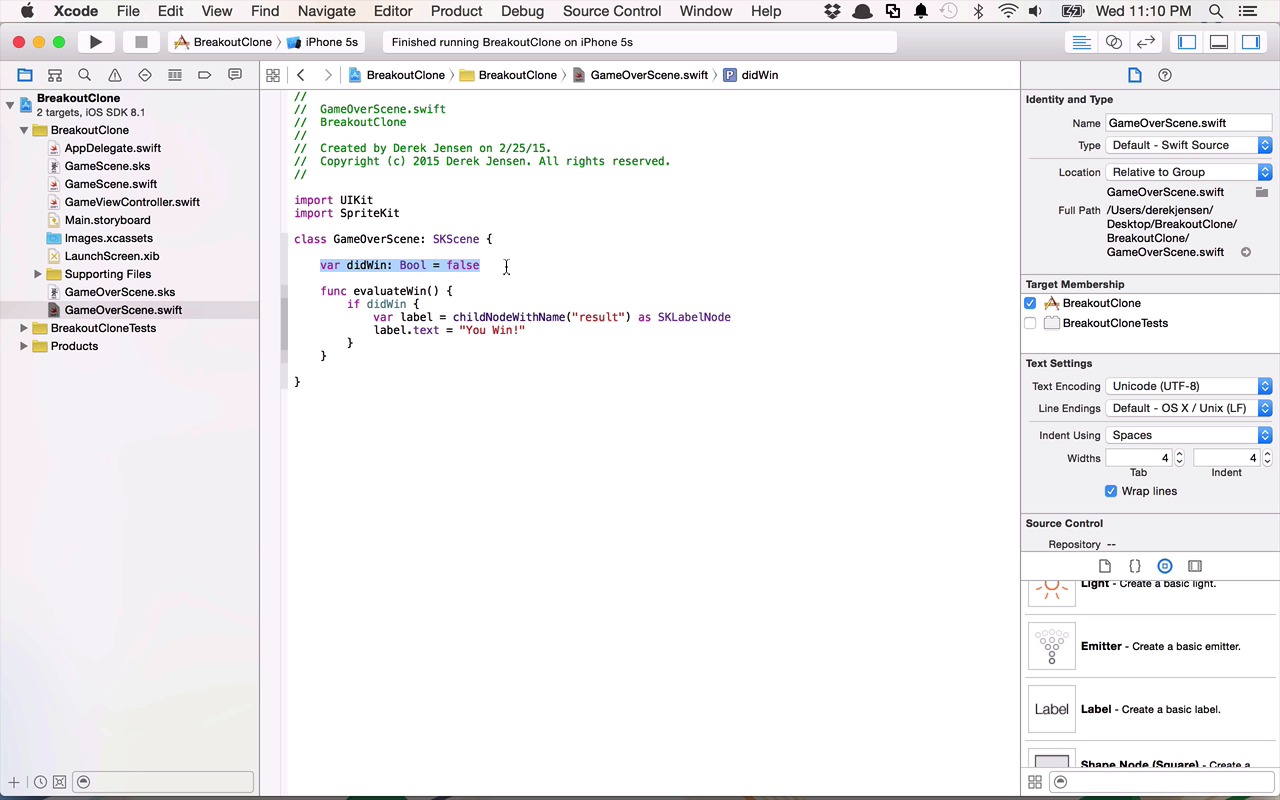 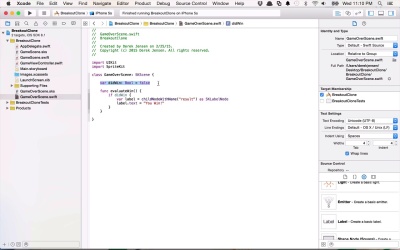 Next we will add a new scene that will appear at the end of the game to show the user whether or not he/she has won the game.