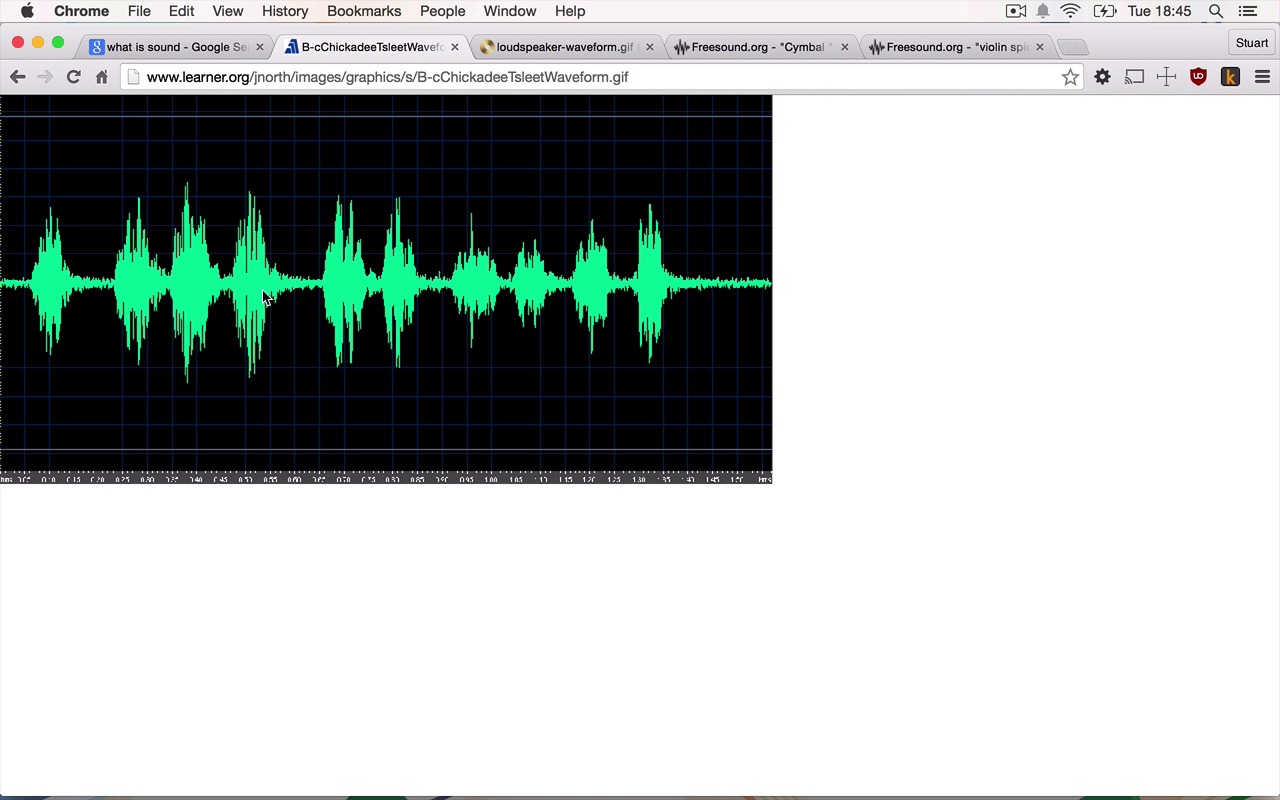 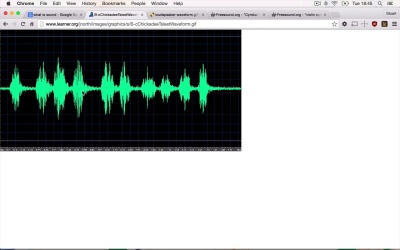 In this lesson, I'll talk a little bit about the nature of sound and about how sound is represented by computers.

Actually assumed. I mean, we all know what things sound like and how to make sound, but what's the actual physical process that causes it to happen? Well, sound is basically the vibration of air. As I speak to you, the vocal chords in my larynx are vibrating. These vibrations cause the air molecules in my throat to vibrate. Which in turn nudge the air molecules in my mouth, causing them to vibrate. Which then in turn causes the air in front of me to vibrate. And this carries on, air molecules pushing other molecules, until finally these vibrations are captured by a microphone. The microphone sends the details of these vibrations, in this case to my computer, which keeps a precise recording of the way in which the diaphragm of the microphone vibrated. If you've worked with audio before you most likely have seen something like this. It's an audio wave form as captured by a computer. The x-axis here represents time while the y-axis represents air pressure. This diagram from mediacollege.com represents it quite well I think. Here you can see peaks and troughs. The peaks represent areas of compression or a high density of air molecules. The troughs, however, represent the areas of rarefaction, the areas with less molecules that have been left behind when all those molecules bunched up. So ultimately sound travels to us as a wave of vibrating air. The important thing to know here is that different sounds have different waves. That's what makes them sound different to us. Here's a picture of the audio wave form of a cymbal being hit. Now compare it to this, the sound of a violin being plucked. We can see that the waveform looks very different. Okay, I think we've got a good idea of what sound does now. So let's see how it relates to the browser.