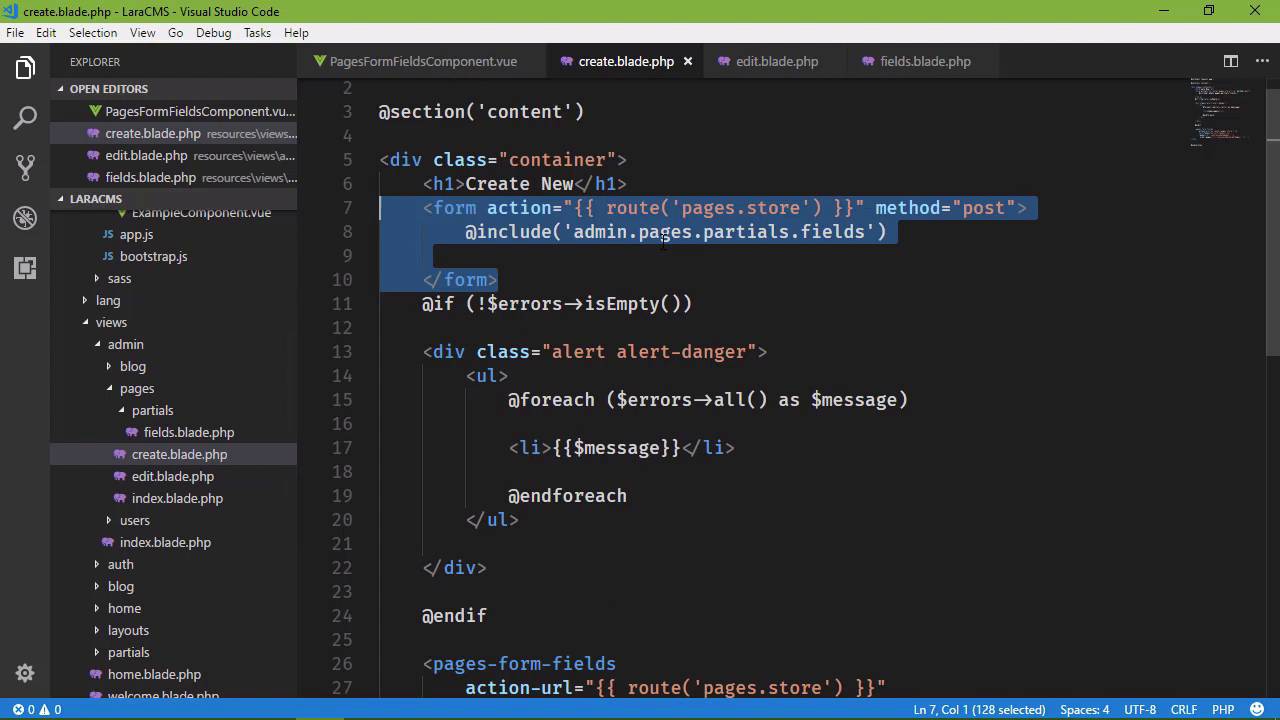 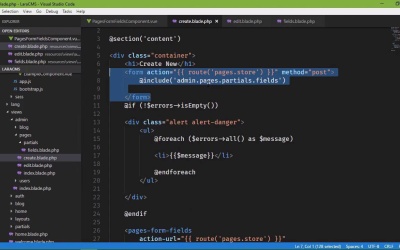 Thus far, the component consists of a partial view. In this lesson, we'll refactor it to include the entire form.