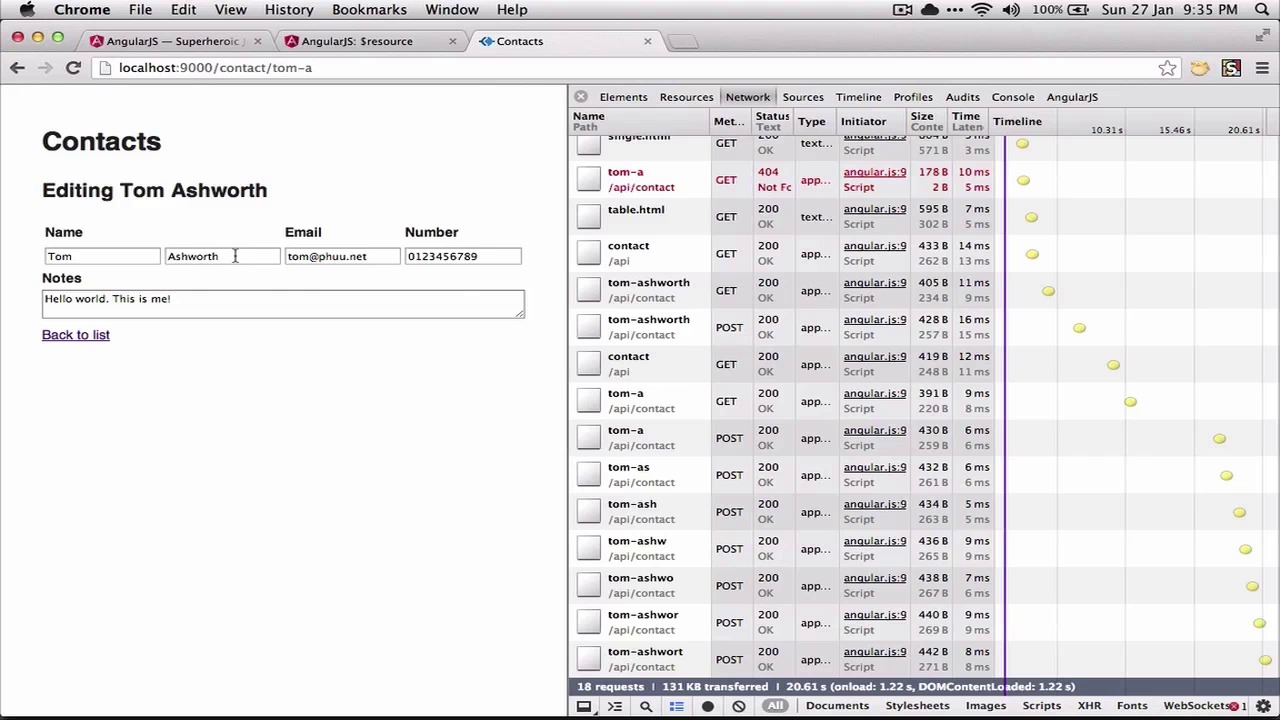 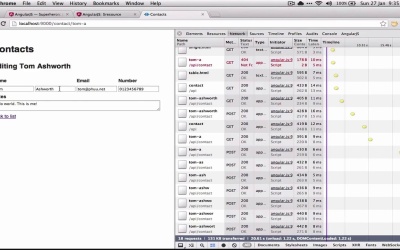 This video discusses Angular’s parameter auto-filling and instance $save method to update a contact’s information, as well as using the $timeout service to throttle POSTing to the server.