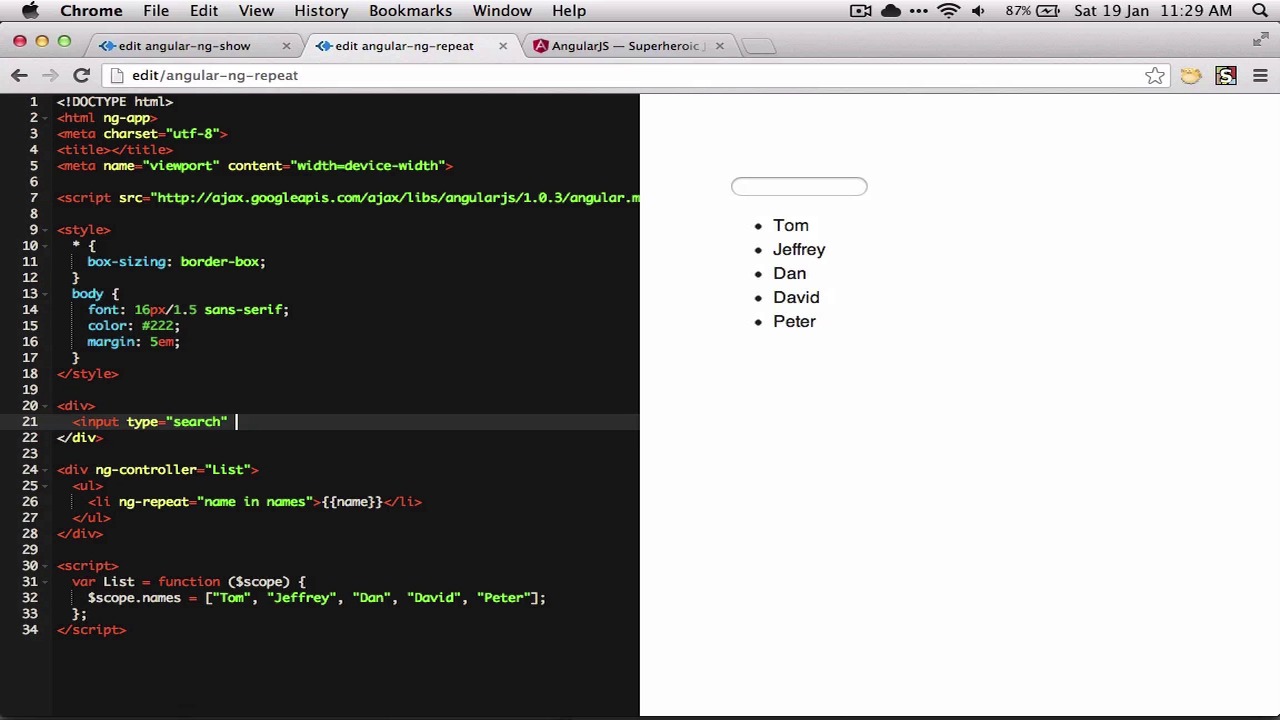 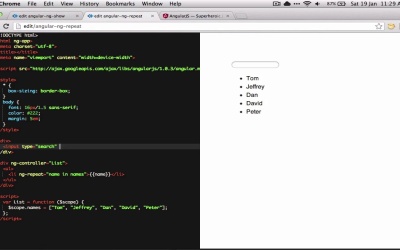 3.2 ng-repeat and Our First Filter

This lesson will review using ng-repeat to iterate over a list and display data from it, and then how to harness Angular filters for instant searching of a model. Finally, you’ll learn how to use objects in models and combine them with filters to build efficient interfaces.

3.2 ng-repeat and Our First Filter