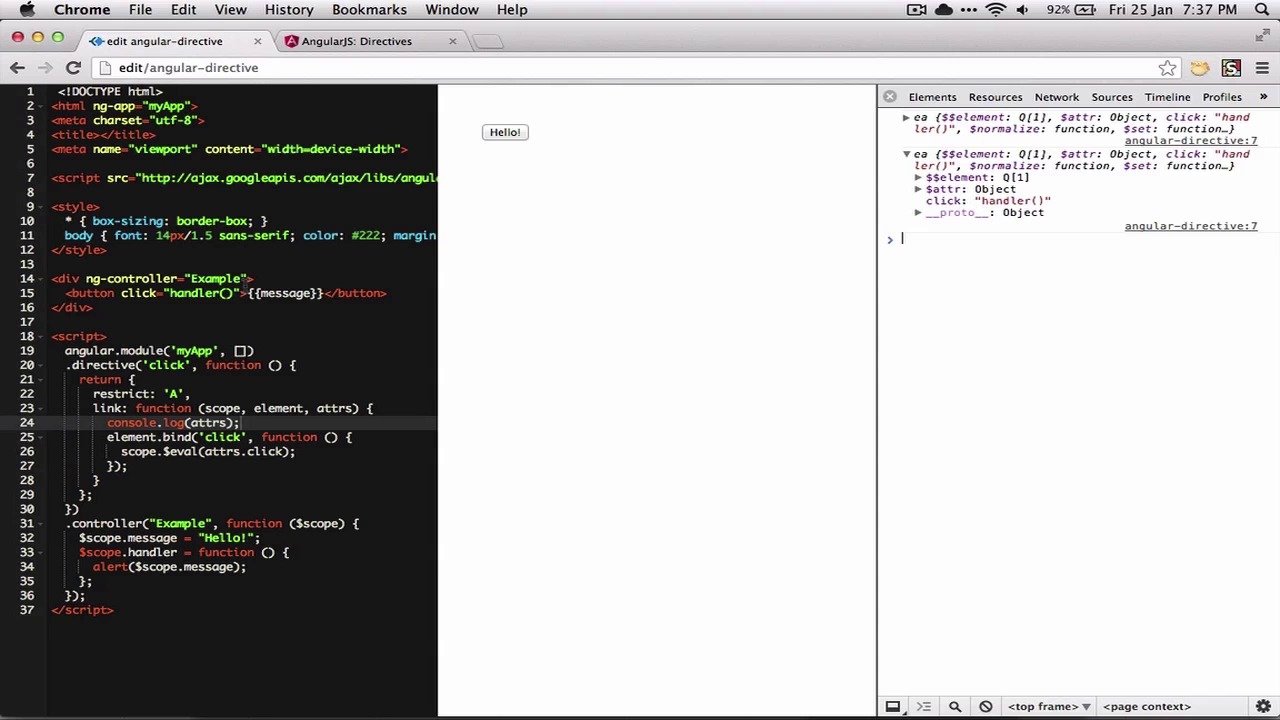 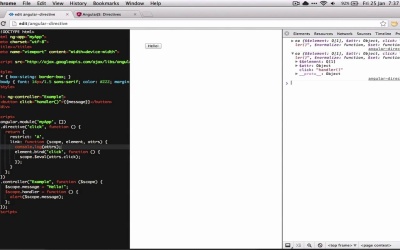 This video covers recreating the ng-click directive and a “clickable” element with the link phase of directive compilation, via scope evaluation and a brief look at transclusion.