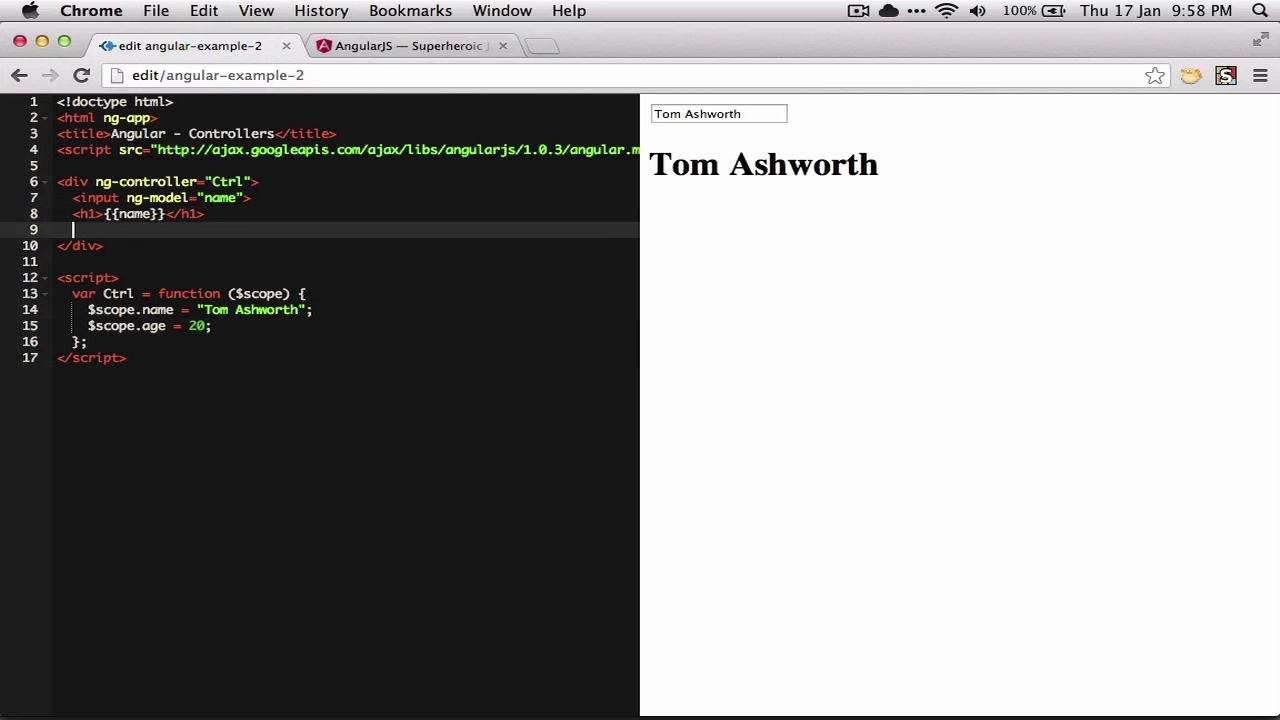 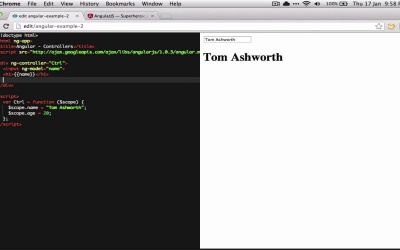 Get to know the basics of the last letter in MVC: the Angular C ontroller. We go through the fundamentals of scope, and how it relates to your data in angular.