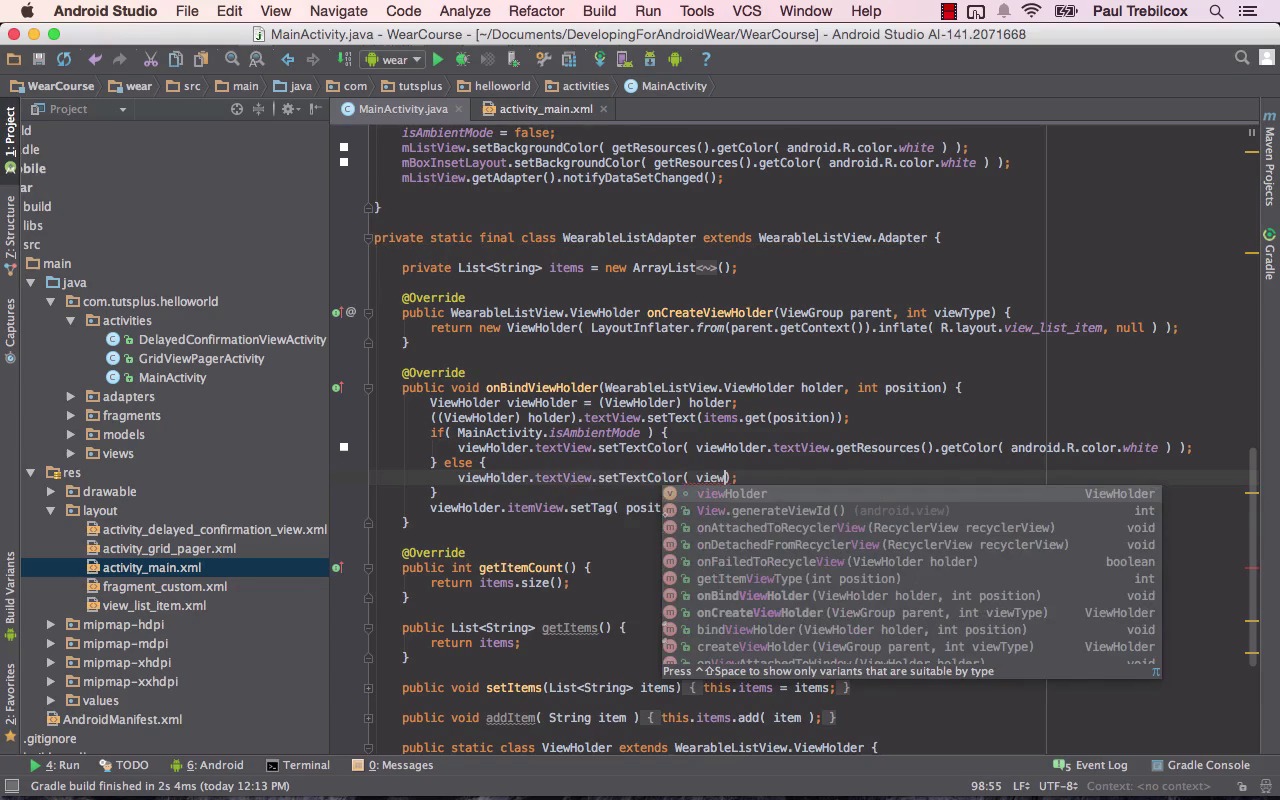 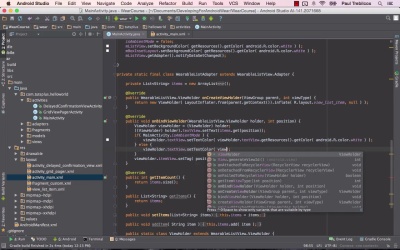 Added before Google I/O in 2015, ambient-mode activities prevent an application from kicking a user back out to the notification home screen when it would be more appropriate to keep the application running. This lesson will cover how to use ambient mode for your WearableListView activity.