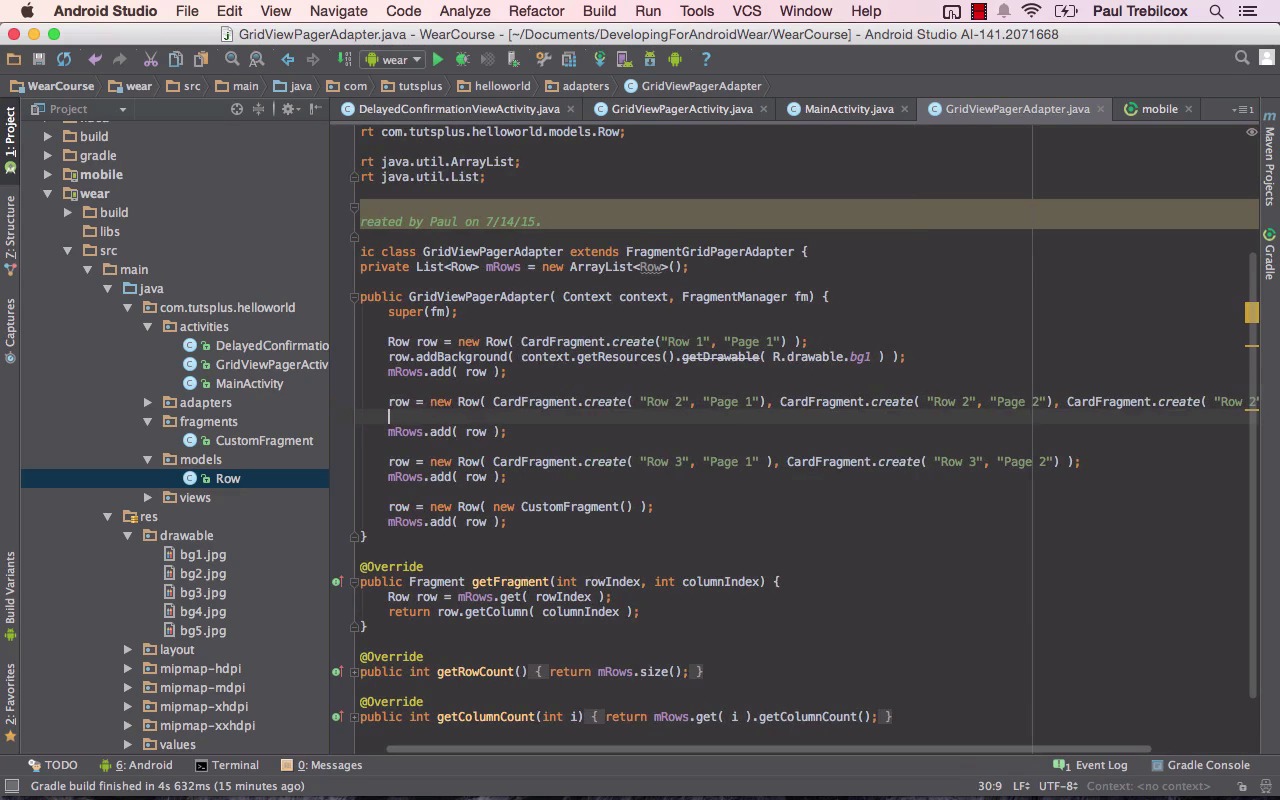 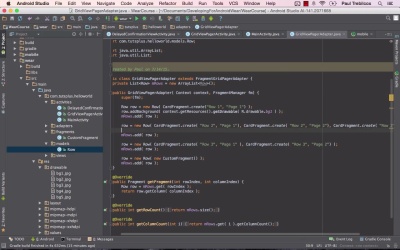 In this lesson, I'll continue explaining how to add backgrounds to rows and columns in a GridViewPager. I'll also show you how to add a custom fragment in lieu of a CardFragment.