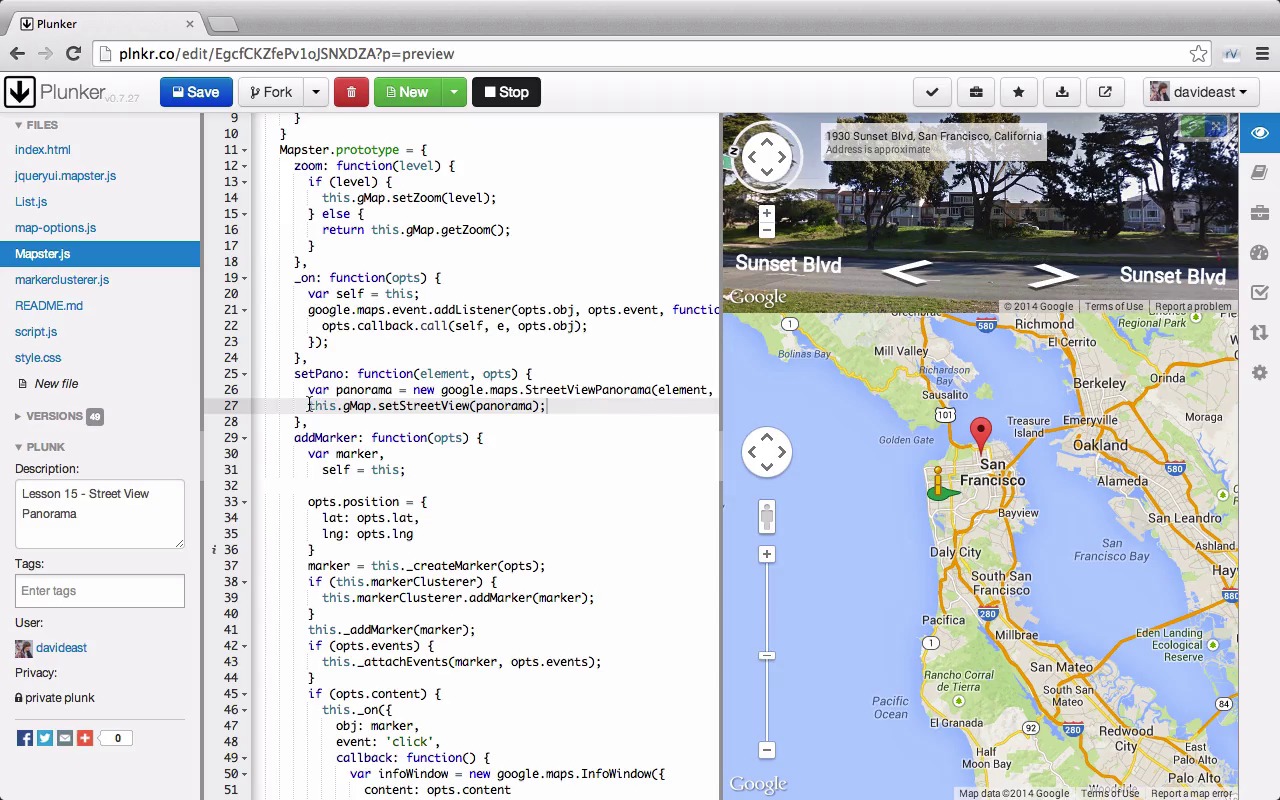 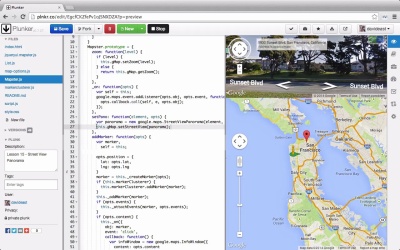 Street View is one of the more powerful features of Google Maps. In this lesson you’ll learn how to create a street view container and link it to your Google Map. You’ll also explore customizing the point of view of the loaded street view.