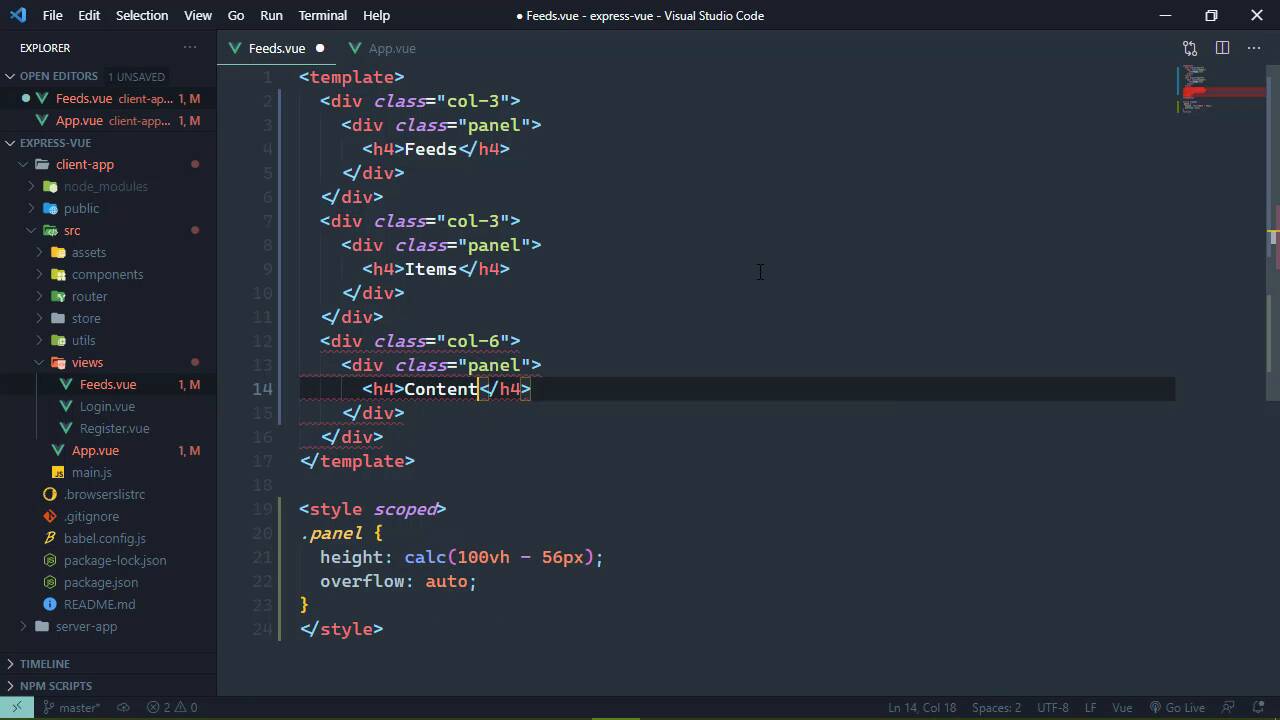 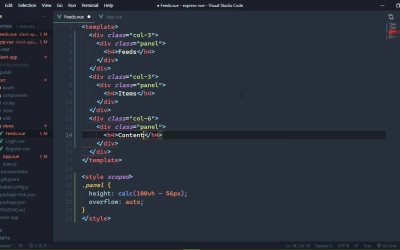 In this lesson, we'll wireframe the basic functionality of the Feeds panel and hook it up to our Vuex store.