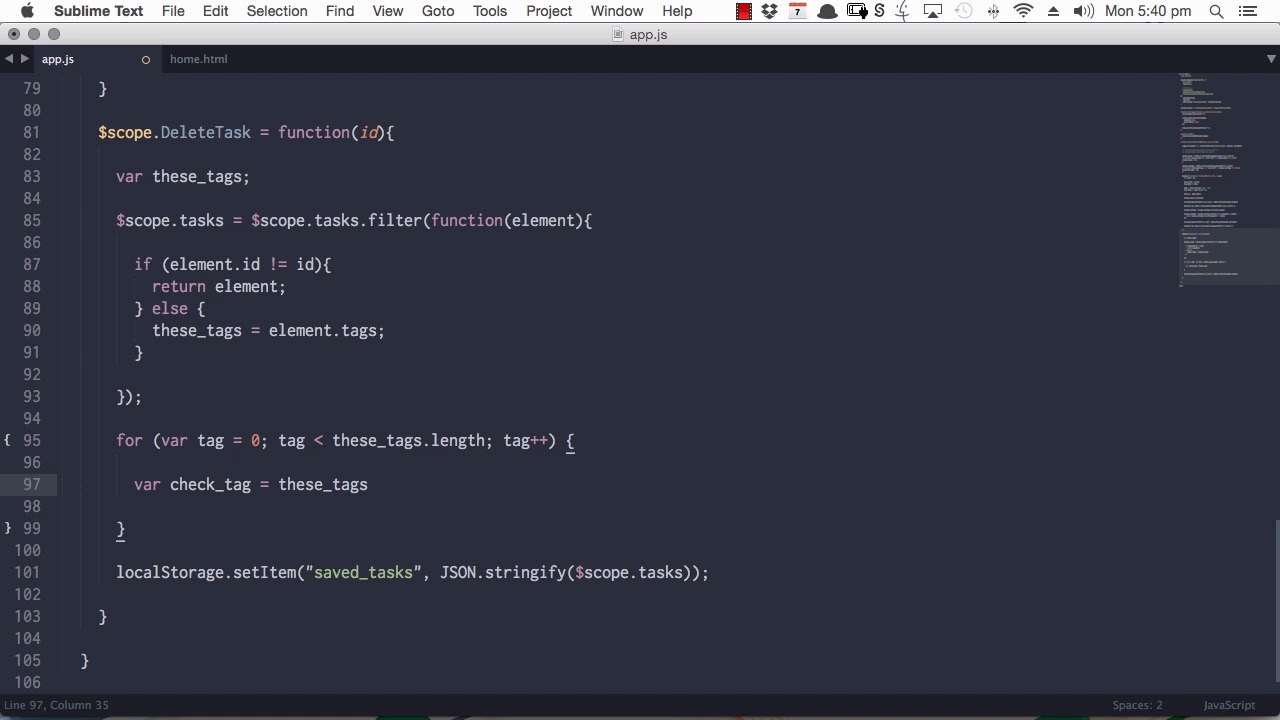 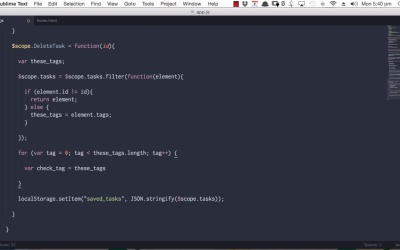 In this lesson you'll implement task deletion. You'll learn how to find the targeted task in the app's scope and remove it, how to update the list of all tags being still being used by stored tasks, and how to commit the changes back into local storage.