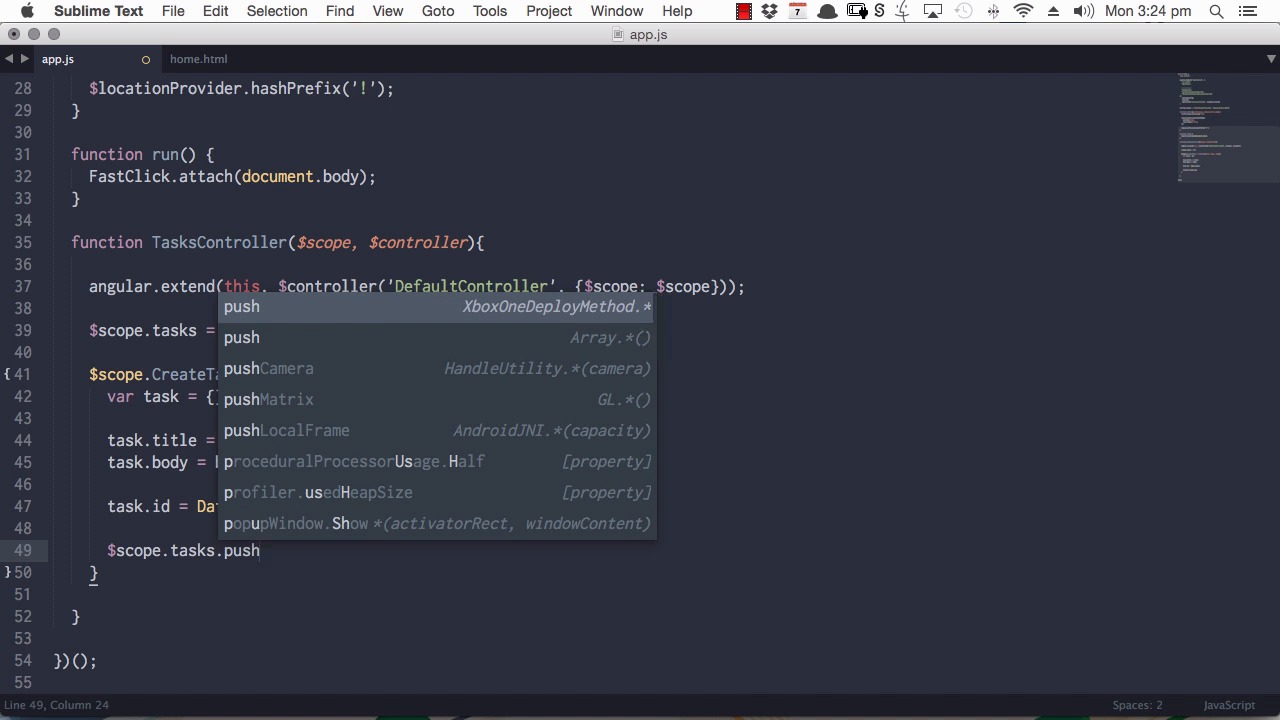 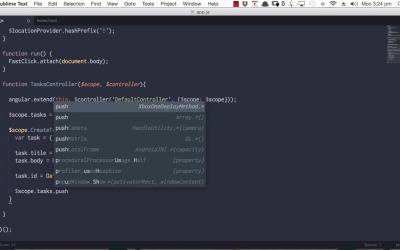 Now that the controller is running, we're ready to make it do something. In this lesson you'll establish the ability to add new tasks via your controller. You'll set up new variables in the app's scope, create a form for new task addition in the UI, and process submissions into local storage.