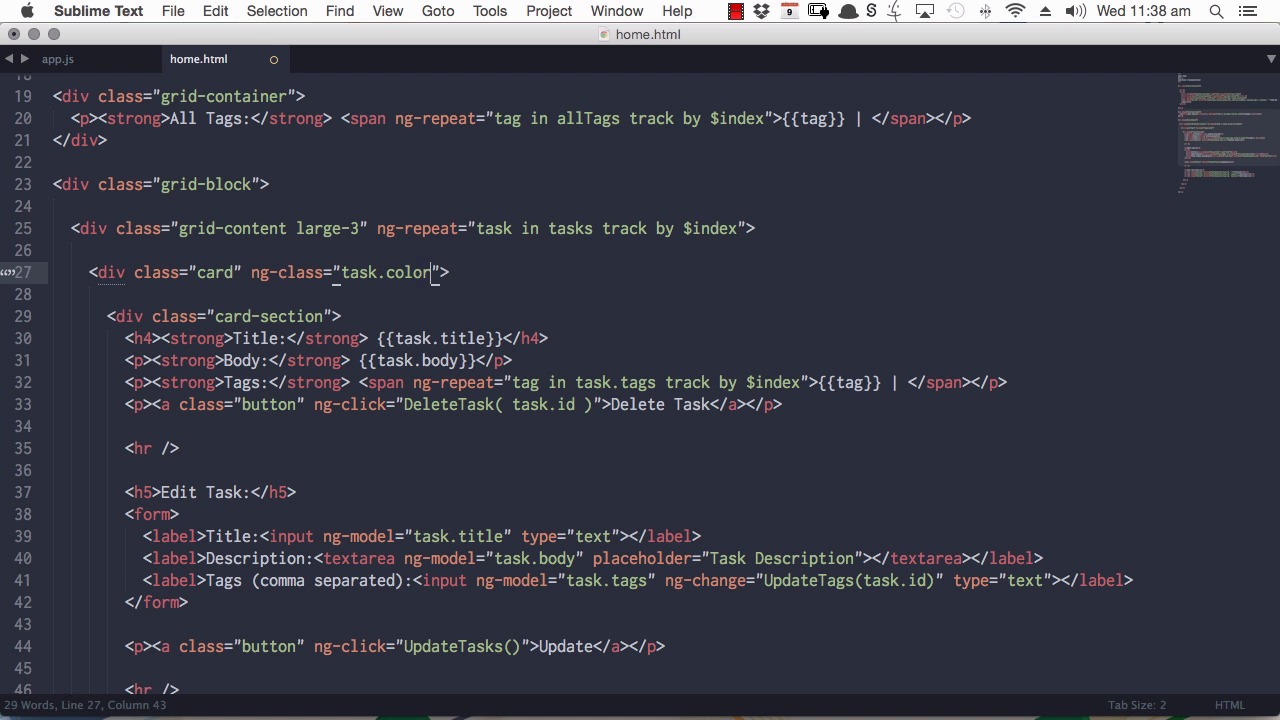 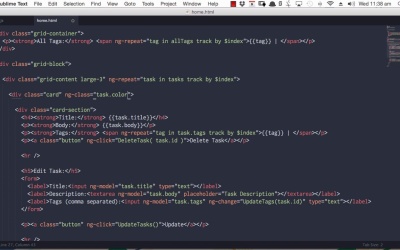 One of the UI features created in the course Up and Running With Foundation for Apps is the ability to choose one of several colors for any task. You’ll add this functionality to your controller in this lesson.