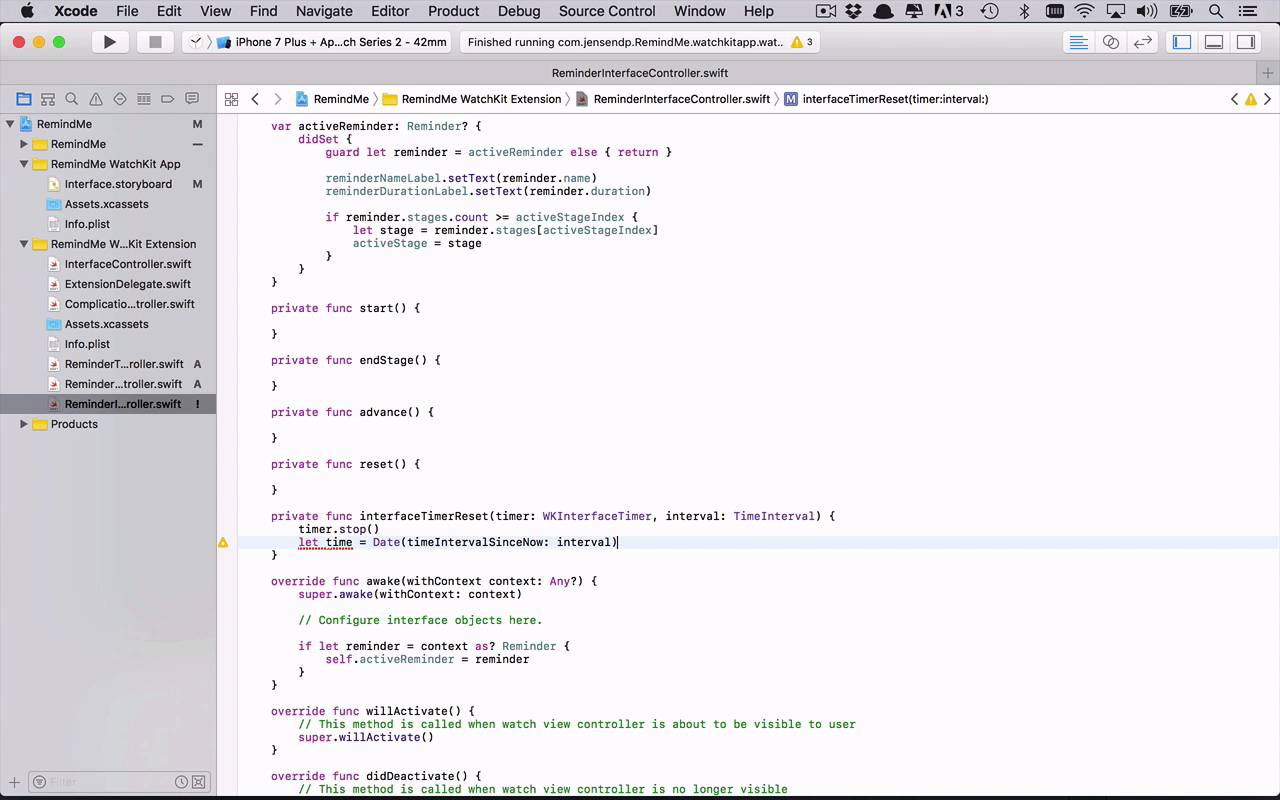 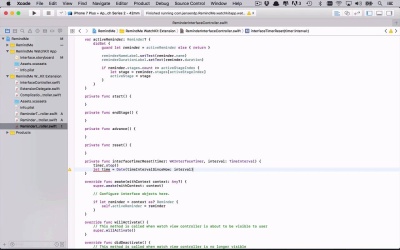 4.2 Make a Countdown Display With `WKInterfaceTimer`

We want to show the user a countdown for each of the stages that make up a reminder. To do this, we may want to transition from a basic label to a slightly more functional control. That is where the WKInterfaceTimer comes into play.

4.2 Make a Countdown Display With `WKInterfaceTimer`